Armenia with its historical experience of establishing linking bridges is of great importance, EU Ambassador says 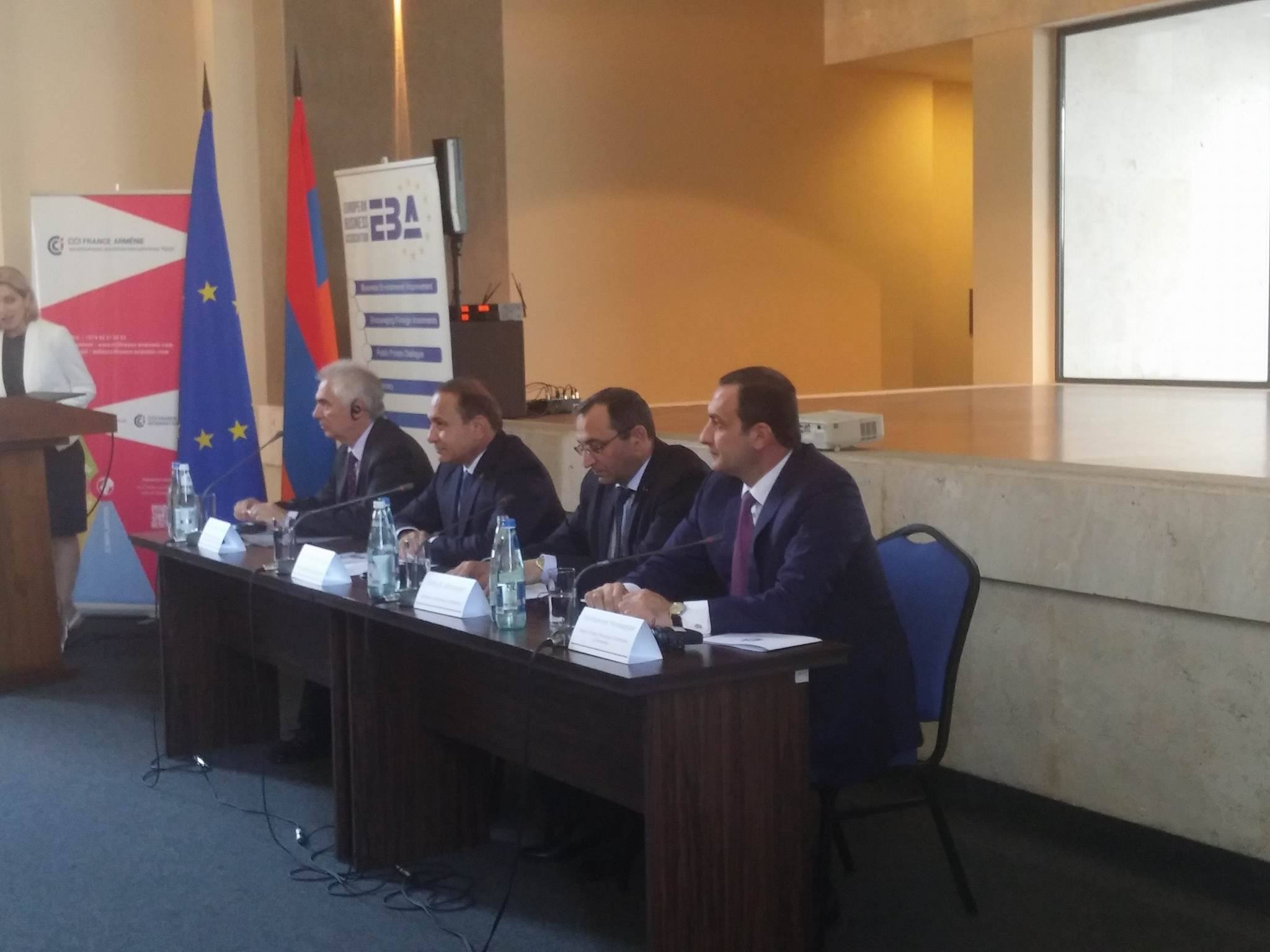 The Prime Minister noted that Armenia holds policy of "open doors", which envisages cancellation of any restrictions in investment activity. In this context Abrahamyan highlighted the role of the international organizations. "Armenia is conducting policy to ensure equal conditions for all the participants of the market", the Prime Minister noted emphasizing that foreign companies should feel themselves comfortable in Armenia.

Hovik Abrahamyan is sure that Armenia can become a unique bridge linking the Eurasian Union with the EU countries taking into consideration Armenia's membership in the EEU on the one hand and the opportunities provided by the GSP+ regime on the other hand.

"Armenia attaches special importance to the implementation of investment programs aiming to contribute to opening of new job places", Hovik Abrahamyan stated. The Prime Minister thinks that in this context work of European Business Association in Armenia also contributes to attracting investments, presentation of interests of
business environment and development of dialog between the state and the private sector.

Head of EU Delegation to Armenia, Ambassador Piotr Switalski noted that the European countries are interested in partner relations with Armenia. Armenians by their genotype have entrepreneurship sense and necessary conditions are just needed to develop it. Armenia with its historical experience of establishing linking bridges is of great importance, the Ambassador thinks.

Piotr Switalski expressed hope that during the upcoming months Armenia-EU relations will demonstrate upward dynamics in the context of signing new framework agreement. Our common goal is to see more European partners and investors in Armenia, Switalski stated. The diplomat noted that on the current stage the investment climate in Armenia is very favorable. Most importantly, the plans should be implemented, the European Ambassador noted.

The expected signing of the framework agreement between Armenia and the EU will give answers to many questions important for us, Economy Minister of Armenia Artsvik Minasyan stated. The Minister is sure that Armenia is able to implement programs in cooperation with the international organizations to contribute to growth of economic well being of the country.

According to Head of State Revenue Committee of Armenia Hovhannes Hovsepyan Armenia is consistent in its decision to ensure predictable and transparent business environment for local and international companies. "The principles of justice, lawfulness and equal conditions for the business representatives are priority for us",
Hovsepyan stated. According to him membership in the Eurasian Economic Union provides new opportunities not only for Armenia but for those countries, which cooperate with the Armenian business. The Head of the Committee expressed readiness to solve the existing tasks related to taxes and duties.