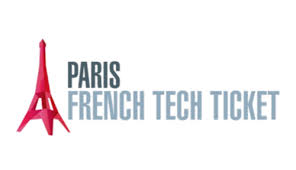 ArmInfo. Armenian startups have got an opportunity to participate in French Tech Ticket program and receive assistance in start of their business in France, Jerome
Clausen, Investment Director at Business France for the Russian Federation and CIS countries, stated at today's presentation in the French Embassy to Armenia. He noted that those who want to participate in the program should send their projects till August 24 on the www.frenchtechticket.com.

In a talk to ArmInfo's correspondent the French representative informed that French Tech Ticket is being organized for the second time taking into consideration successful results of the first season. In this light he noted that compared to last year when only 23 startups were chosen from 722 applications, this year the number
of approved teams will reach up to 70, who will receive an opportunity to undergo acceleration and incubation program in 41 incubators of France starting from January 2017.

During the presentation the head of the Investment Department of Business France explained that financial support will be provided to the selected teams, each team will receive EUR 45 000 for 1 year, with EUR 20 000 out of it for personal expenses and EUR 25 000 for professional expenses. The team members will be assisted in obtaining a French residence permit.

To note, French Tech Ticket is a worldwide competition aimed at attracting talented foreigners who have a project for creating a start up in France. The program was first implemented in May of 2015 with the support of French government jointly with Paris
administration.

To recall, Business France is the French national public operator dedicated to the internationalization of the French economy. Its aim is to enhance the economic attractiveness of France, its businesses and its territories. Through its network and its team of 1,500 professionals, in France and in 85 offices in 70 countries, BUSINESS
France accompanies French companies willing to enter foreign markets, and foreign companies interested by the French market.