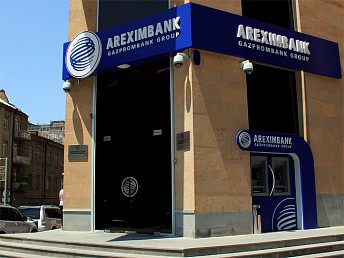 ArmInfo. Russian Gazprombank has sold its 100%  subsidiary, Armenian Areximbank-GPB Group to a group of investors  from Armenia, www.1prime.biz reports citing the Russian bank.  The  amount of the deal and the names of investors are not reported.  In  the meantime, according to ArmInfo Information Company's Financial  Analysis Service, the buyers are the key shareholders of Ardshibank,  one of the local banks. The amalgamation process will continue until  2017 when the new minimum capital requirement for Armenian banks  (30bln drams versus current 5bln drams) will come into effect.

The Russian 1prime.ru recalls that U.S.  Department of Finance  imposed sanctions against several dozens of structures of Gazprom and  Gazprombank, including Armenian Areximbank on September 1. The  Armenian subsidiary of the Russian Company said the decision of the  U.S. Department of Finance will not affect the Bank's activity. The  Bank was actually under U.S. sanctions yet before that, as  Gazprombank has been under sanctions since 2014.