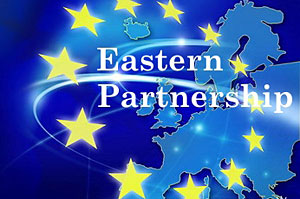 The Annual Partner conference provided a unique opportunity for the  business support organisations to get an overview of the EU's East  Invest 2 project activities and its role in fostering economic  cooperation between the EU and Eastern partner countries. It also  enabled the businesses to find new cooperation partners and share  their experiences.  The main focus of this year's conference was the  launch of the process for developing a regional position paper on  behalf of the business support organisations with recommendations for  six Eastern partner countries' policy makers. Participants hold  in-depth discussions on the role of the Public Private Dialogue  (PPD), the importance of the right processes and procedures for a  successful dialogue and best practices for making it work.

In his welcoming speech, Luc Hendrickx, Enterprise Policy Director,  European Association of Craft, Small and Medium-Sized Enterprises  (UEAPME), said the conference looks to raise the problems of private  sector. According to him work in this direction should be more  ambitious and influence the process of making political decisions.  According to him at the end of the conference an ambitious document  will be adopted, which will be presented to political leaders of EU  and Eastern Partnership on the summit scheduled next year in  Brussels. We do not aim to just hold discussions. We want to learn  about the problems of private sector and hear recommendations, which  will be considered when developing an important framework document,  Luc Hendrickx said. He also noted that despite the crisis and complex  situation in Europe Eastern Partnership has developed and as of today  there are more than 150 organizations assisting business sector in  the countries of EU and Eastern Partnership.

Dirk Vantigem, Director of International Relations of the  EUROCHAMBRES Association of European Chambers of Commerce also made a  speech at the opening of the conference. He noted the significant  role of the organizations assisting businesses in improving dialog  between SME and state sector, calling them legal mediators. According  to Vantigem it is quite important to increase the role of SMEs in the  economies of Eastern Partnership countries, particularly in Armenia.   Vantigem recalled that in 1960ies when Europe faced serious economic  crisis multinational corporations closed their businesses and the  only companies that continued to open new job places and remained  stable factor were representing SME sector.

East Invest 2 is an EU funded project within the EU4Business  initiative under the Eastern Partnership that started in September  2014. Its general objective is to support the development of a  conducive economic environment and competitive private sector in  Eastern Partnership (EaP) countries (Armenia, Azerbaijan, Belarus,  Georgia, Moldova, Ukraine), while enhancing trade flows and  investments between them and the EU Member States. It offers an  opportunity for the business sector from the EaP region and the EU to  directly engage in effective cooperation in one of the four priority  areas agreed at the Eastern Partnership Summit in Riga in 2015 which  is market opportunities.East Invest 2 target groups are the Business  (Support) Organisations (BSOs) and SMEs from the six Eastern  Partnership countries, who have a potential for developing mutual  cooperation and investment relations with their EU counterparts.The  East Invest 2 Annual Partner conference in Yerevan is the second East  Invest 2 Annual Partner conference.