Expert: Armenian industrial growth connection  to  any indicators like copper prices or Russian economy rehabilitation is a mistake 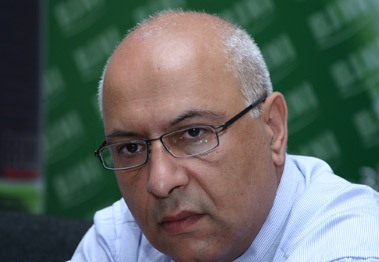 ArmInfo. Armenia's industrial activities indications for the period of January-September 2016 state that budget expectations for the year of 2017, promising GDP growth for 3,2 % are unjustified, expressed an opinion to ArmInfo  economy expert Ashot  Yeghiazaryan.

Expert recalled, that the industrial growth in Armenia in January-September  2016 slowed down from 3,7 % to 1,6 % . During the similar period of 2014 the economy activities growth was higher - 4,3%.  According to his words, the drop down tendency will remain also in the next year, and connecting domestic industrial growth   to  any indicators like copper prices or Russian economy rehabilitation is a mistake.  flows to Armenia, but there are no positive movements in this aspect. This year the part of foreign investments to Armenia decreased to 1,7% GDP, and total net flow of investments in the real sector of Armenian economy is negative -  AMD 16.9 bln  ( versus positive AMD 81.9 bln and  AMD 30.7 bln a year before).

According to the expert, all other budget expectations are related to  GDP 3,2 % growth. The basis for securing the budget balance, and, correspondingly, for this indicator are the tax collection and the state debt management availability.

Ashot Yeghiazaryan is sure, that is  possible to show  even higher GDP indicators. But it is ecessary to establish more comfortable conditions for business and to recover the lost human potential. To reach this target, expert advises to reject the policy of self-isolation, that Armenia has adopted due to being the sublimate of Russian political interests in area, and to sign an appropriate Framework with EC as soon as possible.