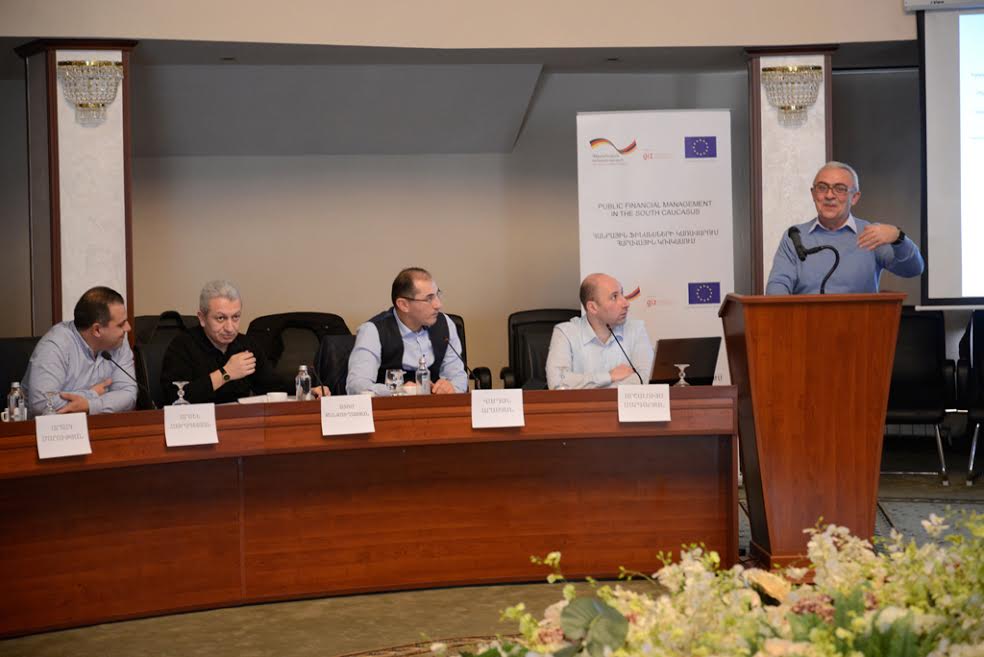 Arshaluis Margaryan, Head of the State Debt Management Department of the Armenian Finance Ministry, said that it is wrong to link the state debt management risk to its ratio to GDP. To manage the state debt without any problems, a system of indices has been elaborated and the large donors take those indices into account when providing loans. "If the state fails to meet at least 5 indices, the lenders refuse to provide loans to the state," Margaryan said, adding that as of October 31, Armenia's state debt totaled $5bln 607mln, or 2 665 bln AMD. In the state debt, the government's debt amounted to $5bln 108mln, or 2 428 bln AMD, of which the foreign debt is $4bln 45mln, or 1 923 bln AMD, and the internal debt is $1bln 63mln, or 505 bln AMD. The Central Bank's debt amounted to $499 mln, or 237 bln AMD, of which $148mln or 70 bln AMD is government-guaranteed loans. The lenders are International Development Association (IDA), part of the World Bank - 38.8% of the state debt, International Bank for Reconstruction and Development - 15.8%, Asian Development Bank - 13.2%, International Monetary Fund - 4.8%, Eurasian Development Bank - 3.4%, EU - 2.4%, European Investment Bank - 2.2%, International Fund for Agricultural Development - 2.1%, OPEC Fund for International Development - 1.4%, and the European Bank for Reconstruction and Development - 0.6%. Among the lending countries the leaders are Japan - 8.2% and Germany - 3.6%, while shares of the US and Russia are 0.8% and 0.3%, respectively. According to the Finance Ministry's forecast, in 2017-2019 the government debt/GDP index will exceed 50%, and starting from 2018 the budget deficit will not exceed the 3% threshold. A number of measures will be taken to develop the retail market of government bonds. Margaryan said that at present over 1,000 individuals (citizens of Armenia) keep their savings as government bonds worth 4 bln AMD.

Meanwhile, Margaryan thinks there are no reasons to worry about the terms and quality of redemption. The state debt redemption will last till 2052 and no problems are foreseen in the loan servicing. He said that in the structure of the state debt, long-term borrowings make up 73.7%, mid-term ones (9.3 years) - 22.5%, short-term ones - 3.8%. These indices fully fit into the strategy of the state debt management, he noted.

In 2020, nearly $921 mln will be allocated for the loan redemption and servicing, of which $164 mln will be spent on payment of interest rates. For his part, Deputy Finance Minister Atom Janjughazyan said one should not concentrate on the figure $921mln. He said the Finance Ministry is going to redeem $500mln through issue of Eurobonds.