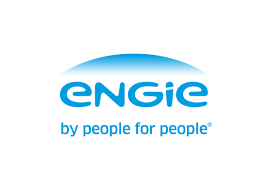 ArmInfo. The ENGIE, a large  French company occupied in energy and gas in interested with Armenian  market. According to the information shared by press office of the  State Committee on Water Economy of the Miistry of Energy  Infrastructures and Natural  Resources, this was stated by Albert  Grigoryan, the ENGIE Moscow branch Director, at his meeting with  Arsen Harutyunyan, the Chairman of SCWE of Armenia.

According to the source, the foreign player was interested  particularly in the SCWE policy on  installation and implementation   of the self-flow  irrigation system, within the purpose of energy  power costs reduction.  During the meeting, according to the guests'  request, Harutyunyan presented the ongoing works of the Committee,  accentuating the attention particularly at the water reservoir  construction project. "In the nearest future our next steps will be  aimed at setting new pump stations, which will make possible to  reduce costs down to AMD 10 mln. Beside that, the installation of  self-flow irrigation will also promote the reduction of energy power  expenditures," Harutyunyan said.

Referring to other challenges, Harutyunyan mentioned, that starting  from January 1, 2017, a sole operator of potable water  supply will  perform throughout all the territory of RA, but about 570 communities  are still out of the operator's service range. The SCWE Chairman  considers this issue as the first priority for the Committee.

To note, the ENGIE is an energy and gas company established in 2008  in France. The company supplies energy service in more than 70  countries, being focused at innovative technologies.