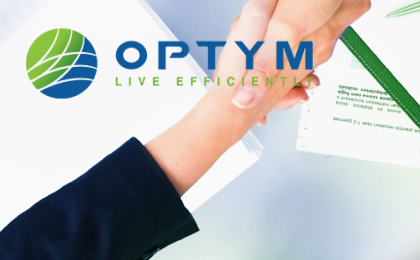 Ghulyan told reporters that the company operated on the markets of the United States and Australia and now it will provide its services to the consumers of Eurasian and European markets.  "Optym implies not only innovative solutions in transportation industry that allow reducing the transportation costs, but the company also focuses on training of highly skilled personnel," he stressed. He added that together with Armenia's higher education establishments, Optym intends to implement a number of programs aimed at developing knowledge and skills that will enable creation of operation systems to resolve logistic and transport problems. He said that the company is currently employing over 60 people, however, the company intends to increase its staff to 100 people within a year, creating up to 30 new jobs per annum.

Armenia's Deputy Minister of Transport Communication and Information Technologies Gagik Tadevosyan was also present at the opening ceremony. When replying to ArmInfo's question, he said that the company's activity is of much significance not only to IT sector, but also to the transport sector of Armenia. "Given that we are now moving towards promotion of the cooperation with Iran and becoming a transit country for multimodal transportation from Europe to Iran and back, we need to apply innovative mathematical modeling, and I think Optym will play a great role here. I pin big hopes on the opening of Optym Armenia, which will become a center of innovative solutions in the transportation industry in the region," he said. Another positive factor, he said, is the possibility to export the products developed by Armenian specialists.

Optym is a global leader in providing advanced analytics solutions to the transportation industry. Optym Armenia was established (earlier known as ArdInnoTekh) as its first center of excellence overseas in 2007. Since its inception, Optym Armenia has led the technology direction of the company. Over the years, its has grown organically, and now has a team of 60+ individuals. The team boasts of having employees from highly academic backgrounds, with 11 PhDs and 28 Master's degree holders on the team. The Optym team in Armenia is a diverse set of individuals including technical architects, user interface/database developers, algorithm developers, user interaction designers, graphics developers and software quality teams. Optym's team has enabled Optym to successfully develop complex solutions to its customers. These include: Business intelligence solution for Canadian Pacific Railways (Canada); KPI visualization tool for CSXT Transportation (US); Yard simulation based planning tool for CSX, BNSF and CP Railways (US/Canada); Truck plan optimization tool for SAIA, ABF, FedEx (US); Airlines schedule optimization tool for Southwest Airlines (US); Rail schedule optimization tool for BHP Billiton and ARTC (Australia).

After creating success stories in North America and Australia, Optym is now also focusing to improve its presence in Eurasian Economic and European Unions, Iran. It is developing a business-focused team in Armenia now, which will also help the company reach out to these customers and provide its services to them with Armenia as its base location. At academic front, the team is already engaged with universities in different teaching and internship programs throughout Armenia. The company has recently moved into a new office with a capacity of around 100 employees, and has furnished it with world-class facilities with an investment of over USD $500,000.