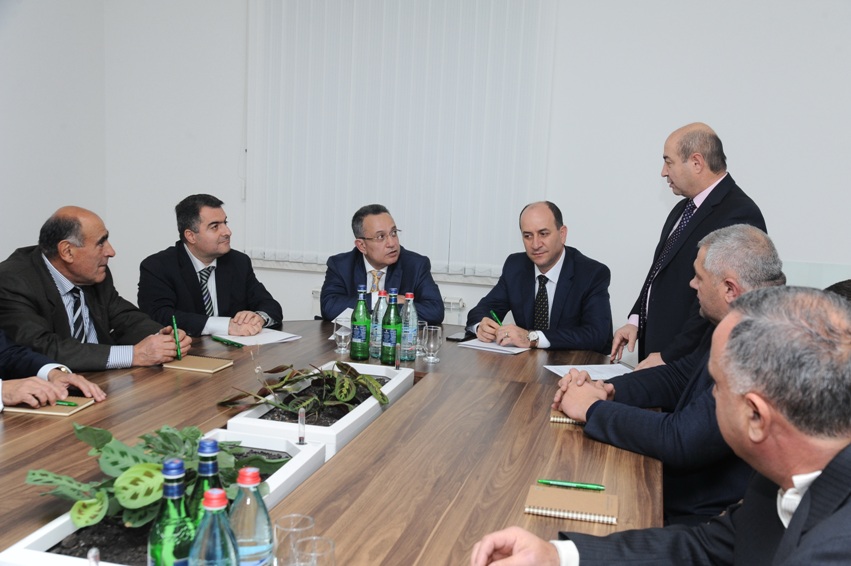 ArmInfo. ACBA-CREDIT  AGRICOLE BANK is revising its credit policy, Hakob Andreasyan, CEO of  the Bank, said during a meeting with entrepreneurs at the Lori branch  of the Bank.

"Over the past two years we have provided no big loans, because in  that period we focused on recovery of the loan book. We took that  step with due regard for the principles of responsible business. On  the other hand, the meetings with the Government and representatives  of international structures over the past few months impressed us  with the changes in the projects. Taking this circumstance into  account, the Council of the Bank has decided that we are ready to  provide comparatively big loans to interesting and promising  projects. During the past few months the business environment has  been showing quite promising signs prompting that we will shortly  witness considerable changes in the investment field of the country.  So, we are making our first reciprocal move, striving to become a  participant in the process of these reforms," Andreasyan said.

Thus, the Bank is initiating promising projects involving all parties  concerned. Andreasyan noted that the interest rates of the loans and  the redemption period will depend on the financial appraisal of the  projects and the multiplier effect. "We will consider the prospect of  package cooperation as one more factor of easing of loans. This will  allow not only reducing the rate, but also providing the borrowers  with a wider spectrum of banking products," he said.

Arthur Nalbandyan, the head of the Lori Administration, as well as  other representatives of regional authorities, were present at the  meeting.

According to the Financial Rating of Armenian Banks by the Agency of  Rating Marketing Information (ArmInfo), ACBA-CREDIT AGRICOLE BANK is  among the top-5 banks in terms of the key indices. As of October 1,  the Bank was among the top-5 in terms of lending (180 bln AMD or  $379.4 mln, 63.6% of the Bank's assets). The share of ACBA-CREDIT  AGRICOLE BANK in the aggregate lending of the banks was nearly 8%.  ACBA-CREDIT AGRICOLE BANK retained leadership in agricultural loans -  over 82 bln AMD ($173.2 mln) as of 1 October, or 40% of the total  loan book of the Bank. The Bank's share in the aggregate agricultural  loans of the banking system was the largest - over 53%.

To recall, "ACBA-CREDIT AGRICOLE BANK" CJSC has been operating in  Armenia since 1995. Since September 2006, the majority shareholders  of the Bank have been Credit Agricole S.A. (15.56%) and SJSC "Sacam  International" (part of Credit Agricole S.A - 12.44%). Along with  them, 10 agricultural cooperative unions hold shares in the capital  of ACBA- Credit Agricole Bank. By the coverage of the branch network  and the number of regional branches, the Bank holds the second  position.