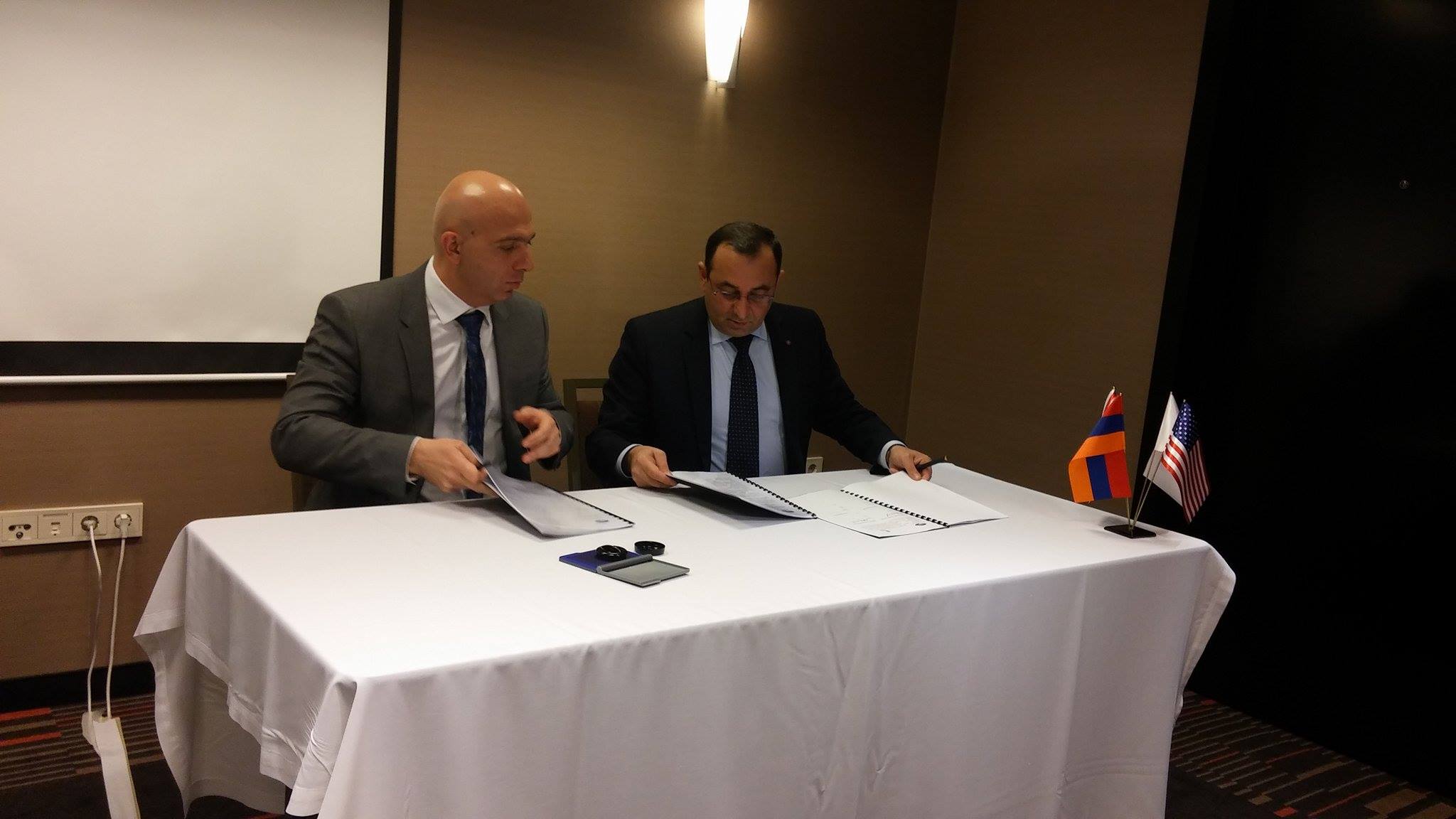 ArmInfo. Armenia's Ministry of Nature Protection and Lydian Armenia company have signed a Memorandum of Cooperation related to establishment of "Jermuk National Park" on December 12 in Yerevan. The memorandum is signed for 5 years and envisages investments amounting to $5.7 mln aimed at maintaining integrity of local ecosystems, developing eco- tourism and environmental agriculture.

According to Managing Director of Lydian Armenia Hayk Aloyan since the first day if its operation in Armenia the company has adopted a policy of becoming an exemplary company in mining field. "By this regular step we have raised the bar for demands to our operation during implementation of Amulsar gold deposit development project. We hope that this project will become a successful model, to which our partners will also follow", Aloyan stated.

Progressive world experience demonstrates that it is possible to carry out mining of natural resources by using efficient and modern methods of management, Aloyan noted. In this context according to the Head of the company Lydian Armenia and the company's shareholders demand that the implementation of Amulsar project is fully in line with the best international practices. "We want to prove in practice rather than in word that basing on state-private sector cooperation it is possible to achieve the best results in environmental risks management and ensuring sustainability of biodiversity.  The implementation of the initiative on establishing Jermuk national park offers prospects of due fulfillment of demands of nature protection legislation for the favor of Armenia's nature and maintenance of local ecosystems integrity.  Lydian Armenia considers that Jermuk National Park created by the efforts of famous world specialists and local scientists may become an exemplary program for ensuring sustainability of biodiversity not only in the region but also in global mining industry.

Meanwhile, establishment of Jermuk National Park is important not only in the context of ensuring maintenance of ecosystems but also for developing tourism and agriculture. During the recent years the company has assisted development of small and medium enterprises in communities neighboring Amulsar deposit. As a result of implementation of this program more assistance will be provided to development of Jermuk as a tourism center, according to Aloyan. "I hope that the new program will become successful economically too and in 5 years the national park will become economically profitable and fully co- financed project", Hayk Aloyan stated.

According to the expert on management of biodiversity at Treweek Environmental Consultants (TEC) and coordinator of Jermuk National Park project Ramaz Gokhelashvili the authors of the project are "pioneers" as working in mining industry he sees such a project for the first time implemented in this format. The expert is convinced that the successful results of the program of developing the region by implementation of social economic programs on local level will be exemplary for the generations to come.

Minister of Nature Protection of Armenia Artsvik Minasyan for his part stated that a qualitatively new environment is being created in the Armenian reality in the context of formulating responsible attitude to the mining field. The Minister explained that the Memorandum does not limit the implementation of the company's business projects and the efforts of the Ministry in carrying out its state-supervisory functions.  The Minister also noted that one of the key principles of the program is that it is based on ensuring maximum involvement of all the sides- the Ministry, company, communities and public structures. Our main goal is to reach highest possible economic results by improving environment. In this light establishing responsible mining industry plays a huge role, and Lydian Armenia once again demonstrates this", Minasyan stated.

To note, Lydian International, founded in Great Britain in 2005, is the sole shareholder of L:ydian Armenia, having a license foe the Amulsar gold deposit development, which is the second largest deposit in Armenia.  The Amulsar gold program is as of today the biggest industrial project of gold development in Armenia, the total cost of which is $370 mln.  In August this year official ceremony of the project launch was held.  The preparation work has been held since 2006. The term of operation is 10 years and 4 months, it is planned to get 200 thousand ounces of gold annually (10 mln tons of ore). The Amulsar project envisages creation of 1,300 jobs in the course of construction and 650- 700 jobs throughout the entire operation of the mine.  To note, Lydian Armenia is subsidiary of British Lydian International, among the shareholders of which are IFC and EBRD. The stocks of the company are traded on Toronto Stock Exchange.