ARARATBANK acquires assets and liabilities of Armenian Development Bank, leaving the capital out in the cold 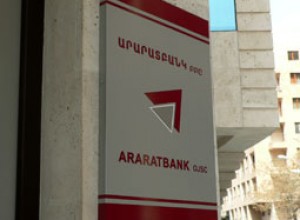 ArmInfo. ARARATBANK is purchasing the assets and liabilities of the Armenian Development Bank, leaving that bank's total capital out in the cold, trustworthy sources have told ArmInfo. Meanwhile, ARARATBANK's website reports that at the extraordinary meeting of the buying bank's shareholders on 10 Dec 2016 a decision on merger was taken.

A month ago ARARATBANK issued shares to increase its capital to meet the requirement that will come into effect in 2017. Following the placement, the Bank increased its total capital to almost 33 billion AMD (versus the required 30 billion AMD). It seemed that after that the need to acquire another bank for the same purpose ceased to exist. However, ARARATBANK's shareholders decided to acquire the Armenian Development Bank, but only its assets and liabilities (apparently, their healthy part) without the total capital.

AmRating analysts think that the picture of the balance sheet figures of Armenian Development Bank as of 1 Oct 2016 is able to reveal some hidden hazards. Firstly, in Jan-Sept 2016 the share of NPLs in the bank's loan book rose from 6% to 15%, reaching the upper threshold of the international critical limit (15%).  Secondly, the structure of the loan book is too unbalanced and poorly diversified in terms of sectors, which is proved by the prevalence of mortgage loans - 59%. Thirdly, amid the slight growth of the loan book (by 2.5% versus a year before), the bank considerably increased the call deposits (by 25%) and reduced the time deposits (by 8%).  At the same time, the bank increased the investments in government bonds (including the Armenian Eurobonds) by almost 20%. Amid such dynamics, the sharp growth of the bank's profit can be considered inorganic, because the interest revenues mostly formed due to lending considerably fell, while the small amounts of the non-interest revenue items grew but were unable to ensure the profit mentioned on the balance sheet. One cannot suppose either that the profit tangibly grew due to the recovery of the loan book, because the standard loans of the bank kept declining. Here one can only admit the probability of internationally practiced schemes for problematic small banks, when major shareholders provide gratuitous aid to the bank and that aid is directly taken into account in the bank's revenues and eventually increases the profit. In Jan-Sept 2016, the Armenian Development Bank increased its net profit 9-fold (!), which in turn raised the accumulated profit by 35.6%. As a result, the total capital grew by 18%.

Nevertheless, in case of such a scheme, the bank lacked over 18 billion AMD to meet the 30 bln AMD requirement. The conclusion is that all the efforts of the shareholders were actually aimed at selling the bank "in a worthy manner".

As of 1 Oct 2016, the majority shareholders of Armenian Development Bank OJSC were the Armenian Football Federation president Ruben Hayrapetyan (19.98%), Rafik Hayrapetyan (19.65%), and Grigor Termenjian (US) - 16.03%, with the remaining 70 being minority ones. The bank has 9 branches - 4 in Yerevan, 4 in the provinces and 1 in Nagorno-Karabakh.