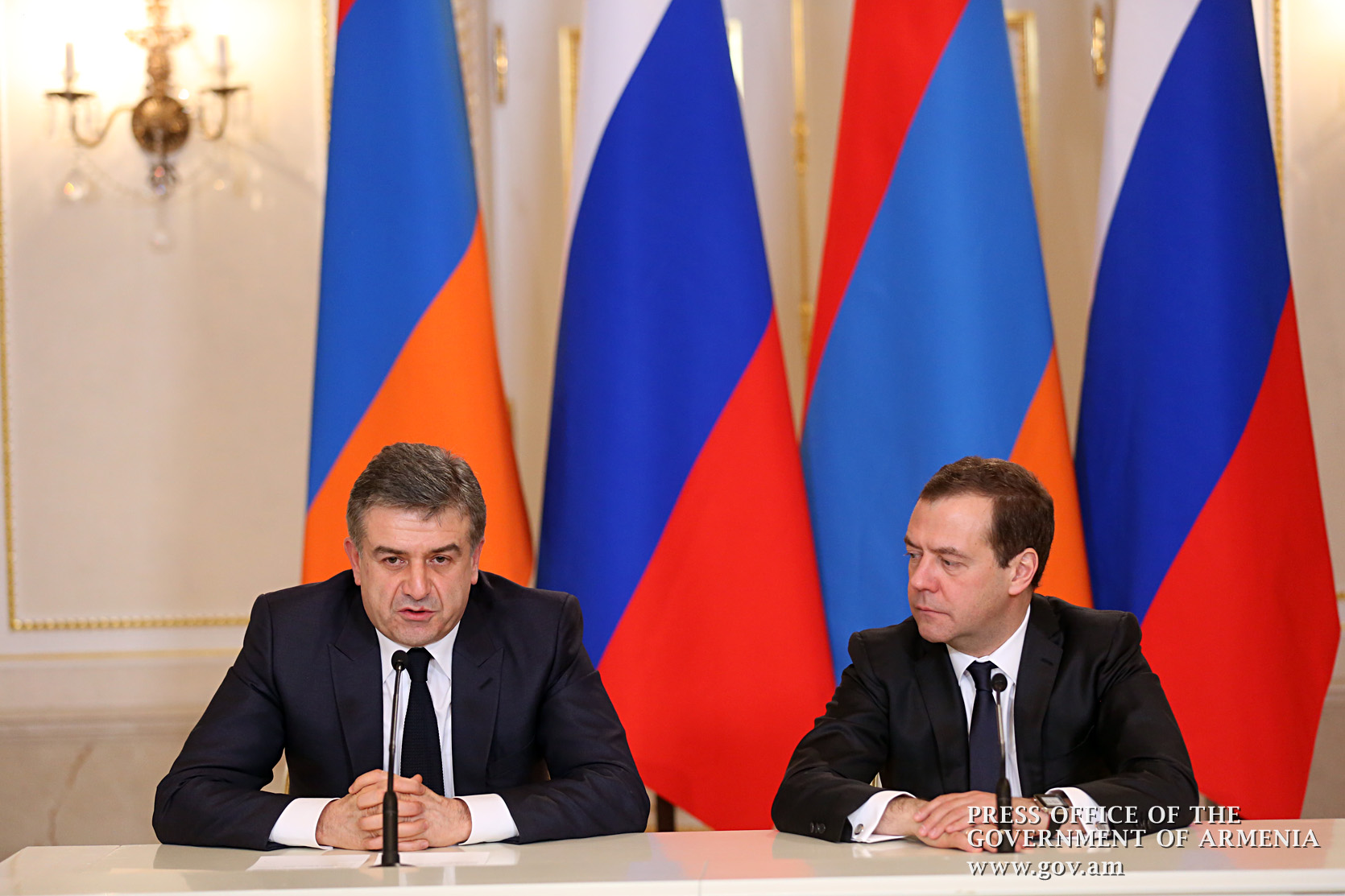 "Despite international situation, change of prices on fuel and a  number of other economic moments trade turnover is stable and import  from Armenia grew by 70 in previous year" the Russian Prime Minister  stated opening the meeting. "In my opinion this is the result of  Armenia's membership in the Eurasian Union and strengthening of our  economic ties", he said.

Trade turnover between Russia and Armenia totaled 1.033 bln dollars  in Jan-Oct 2016. Russian export declined by 14.6%, while import from  Armenia increased 2.1-fold to 314 mln.

A number of documents are to be signed during Karapetyan's visit,  which according to Medvedev will develop the cooperation of the two  countries.

According to Karapetyan the intergovernmental meeting will become a  good opportunity to discuss timely issues of Russian-Armenian  cooperation. "I want to assure You that our delegation has arrived  with positive and business mindset. Traditionally agenda of  Armenian-Russian relations is very rich", he stated noting that the  Armenian delegation has arrived in Moscow with a number of new  proposals, which will help to expand cooperation.