Karen Karapetyan at Armenian Embassy in Russia: "Rest assured that Armenia will be the best country for all Armenians" 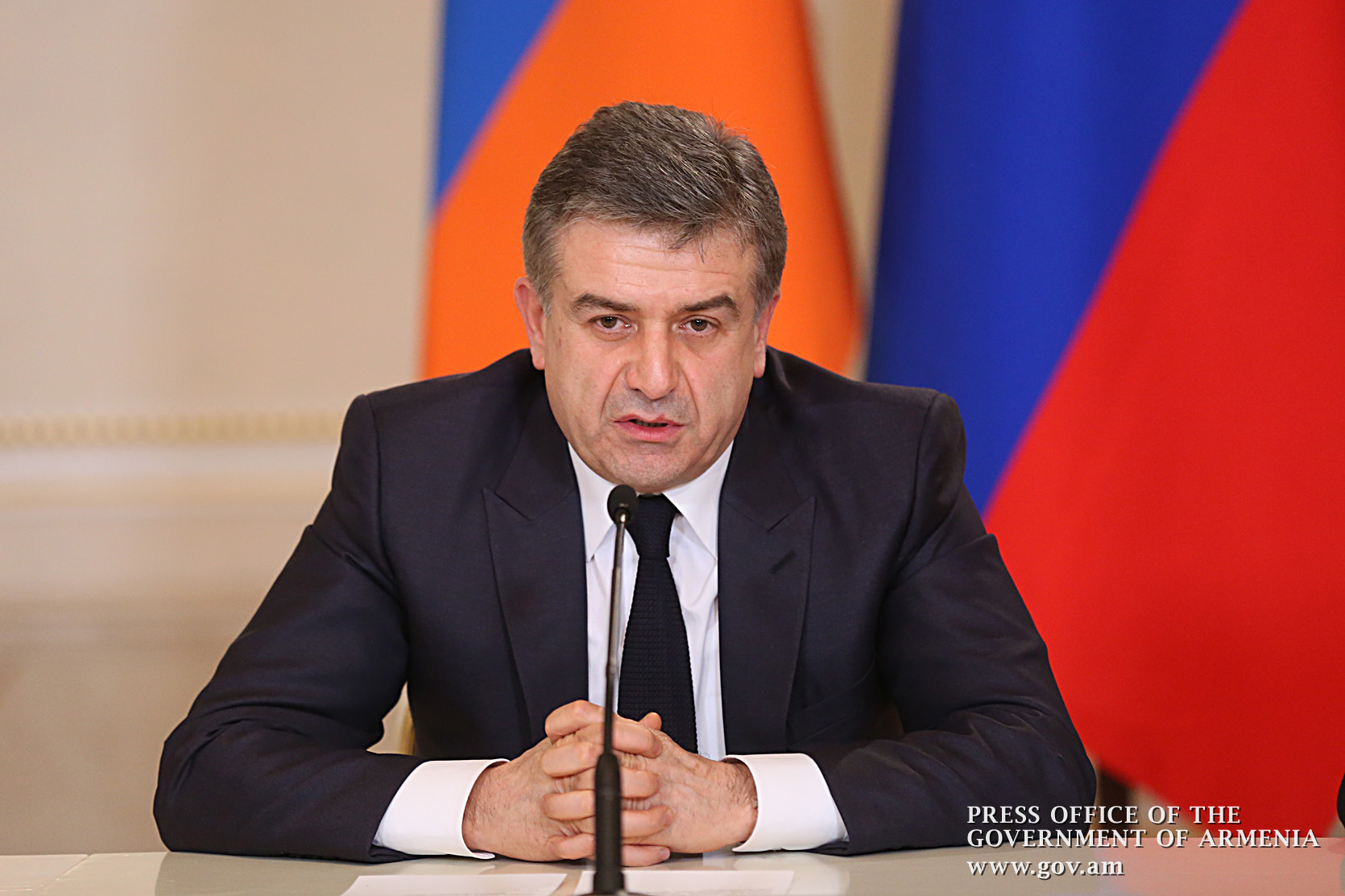 ArmInfo. During his official  visit to the Russian Federation, Armenian Prime Minister Karen  Karapetyan called at the Armenian Embassy in Moscow, where he met  with representatives of the Armenian community. In addition to the  members of the Prime Minister- led delegation, the meeting was  attended by the primates of the New Nakhichevan and Russia Dioceses,  Armenians engaged in business activities in Russia, political, public  and cultural figures.

The press office of the Armenian Government reports that in his  speech, Prime Minister Karen Karapetyan summed up the results of his  first meeting with the Russian Prime Minister, gave details of the  talks, expressing satisfaction with the achieved agreements. The  Premier took the opportunity to summarize his government's 100-day  activities. "I would like to be accountable before you, raise your  awareness of what the Government has done in the past 4 months. You  have the 100-page summary of our past activities. I think we have  presented a pretty serious document. It consists of four parts. The  first part features the per-sector diagnosis of problems, in the  second part, we have provided information on what the problems are  and what solutions have been proposed in this area and what are the  measures to take. The third part summarizes what we have done during  these 100 days, and the fourth part relates to the public-private  partnership based on the Center of Strategic Initiatives," Karen  Karapetyan said.

Introducing his vision for the country's development, the Prime  Minister reminded the four main components as mentioned before -  independence, security, as well as a fair and intellectual  environment.   "We have no other options left: we need to abide by intelligent  management in all spheres.  Human capital is the supreme value in our  country. I have had several occasions to state this on different  platforms. Nations do not become any happier for their oil, gas  deposits and other natural resource, instead favored are those  countries where there are most favorable conditions available to  creative people," the Prime Minister pointed out, adding that the  Government is set to provide fair and transparent conditions for all  hard-working, thoughtful and creative individuals.

Coming to Homeland-Diaspora relations, Karen Karapetyan pointed out  that the Diaspora is an asset for our country, and one can long talk  about the importance of Armenia-Diaspora relations. "We need to  understand that these are two parts of one whole. I personally see a  huge potential in the Diaspora's involvement in the construction of  our country. First of all, I would like to see Armenia-Diaspora  relations apart from the erroneous idea that Armenia is only  interested in having charity and investments from the Diasporas. We  need to bring in good management practices and a culture of  communication," the Premier underscored.

As a success story, the Prime Minister cited the repatriation of  Syrian Armenians who specifically went a long way toward improving  the quality of restaurant services. "I think we need to raise your  awareness of the new rules of the game and the more favorable  conditions in the business environment. If we do so, each Armenian  will find a niche of his own and will come to work in the Motherland.  I am confident that we will succeed," the Head of Government said.

Asked about what is being done to restore and develop the  earthquake-hit Gyumri, the Premier noted that in addition to the  regional development programs, serious attention is being paid to the  promotion of business projects submitted by the local business  community in the public-private cost-sharing format. "Following the  visits paid to Shirak Marz, we approved 7 of 8 such business  projects," the Prime Minister stated, adding that serious discussions  are underway to develop as a tourist network in Gyumri. "Should the  Government have a commitment for Gyumri? Yes, of course. The Kumayri  program provides for the reconstruction of two old streets, which may  not only turn into a tourism destination, but also change the  atmosphere and the mood in the town," the Prime Minister emphasized.   In his closing remarks, the Prime Minister said that meetings like  that provide a platform to exchange views and new ideas. "I was one  of you not so long ago. I know very well that you all live in  thoughts, looking back and taking interest in what is going on in the  country. You may rest assured that Armenia will be the best country  for all Armenians. I know that the sense of pride and dignity depends  on how well Armenia is. I promise that our team will do everything  possible," Karen Karapetyan concluded.

At the end of the meeting, ex-Ambassador to Russian Georgy  Ter-Ghazaryan summed up the outcome of Karen Karapetyan's visit to  Russia, noting that despite the difficult times, the Armenian  community supports the new government's approaches and stands by the  Prime Minister.