Armenian Government to discuss complex development program of IT field 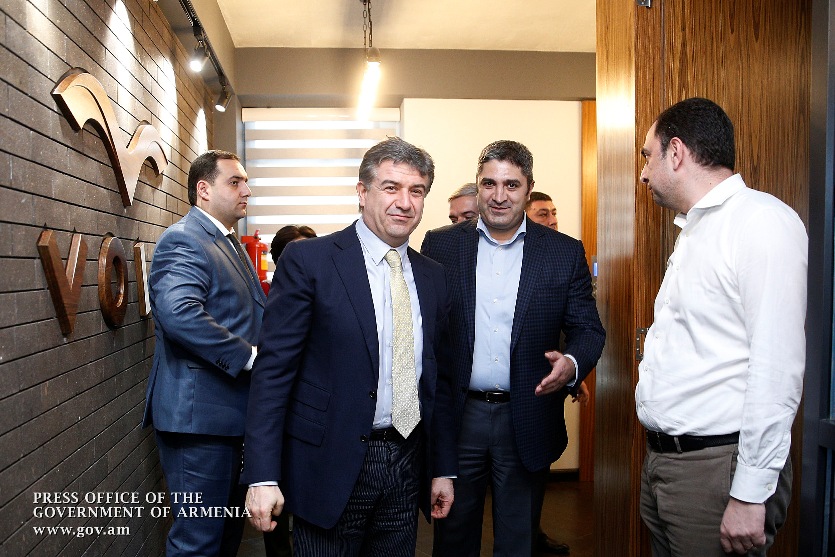 ArmInfo. According to  the  Government press-office information,  on March 9 Prime-Minister Karen  Karapetyan visited Synopsis Armenia and Volo companies.  Karen  Karapetyan learned current and perspective projects of the leading  company in IT field- Synopsis Armenia, as well as about  its  initiatives on developing branches. The leading staff of the company  presented details related to forming program, which is being  accomplished based on collaboration with a number of Institutions of  Higher Education, which leads to integration of young employees.  Achievements of Synopsis Armenia, as well as appropriate plans,  were  presented to Karen Karapetyan  at the production department of the  company. Having a talk with employees and students, the  Prime-Minister encouraged new approaches and ideas implementation.  The Head of the Governement emphasized the importance of development  of IT field, suggesting to present a  complex program of the company  development to the Government review , fixing the responsibilities of  the Government and private sector. The discussion of the program is  planned soon at the Ministers Cabinet.

The Head of the Government also visited Volo, the   organization-leader of the   innovatory-outsourcing field, has  learned the achievements of the company and development plans. The  company, founded in 2006, is specialized in applying  innovatory  ideas to business. 140 experts are involved in the company, working   out modern ideas in direction of providing cyber security, mobile  applications and others.

In 2016 almost half of Armenian users-62% faced different types of  cyber menaces, the Deputy Director of Global Centre of Researches and  Analyses of Menaces "Kasper Laboratory" Sergey Novikov informed  during the presentation of Menaces of Digital World on March 2.  "Kaspersky Laboratory" found out that every third user in Armenia  faced the cyber menaces in internet during 2016, such as harmful  programs, hacker attacks, deception, particularly with phishing,  web-pages, spam and many others" he noted.

To note, according to estimates  of the Ministry of Economic  Development and investments, the turnover of involved 540 companies  of the sector  according to 2016 resulted in  total about $ 500 mln,  with average growth almost up to 20%. According to the results of the  year this economic growth provided about 6% Armenian PPP.