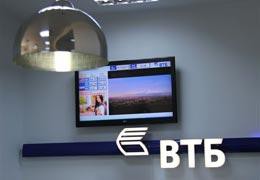 ArmInfo. As of today, the VTB Bank (Armenia) under the Super Rate service and within the installments based lending, assuming up  to 20%  payback of  lending facilities, paid off its clients over AMD 28 mln.

According to the information shared with ArmInfo at the press office of the Bank, this offer remains valid for all the clients who utilize the installment based l loans, join the Super Rate service for free and are ready to implement monthly loan repayments  (6 months as the minimum).

According to the source, the reward amount subject to be paid back is to be calculated  depending on the actual term of loan repayment. The reward is being paid to the Client in a form of lump sum upon the final repayment of the amount borrowed - on the per cent basis of the loan body amount (up to 20%).

The detailed information on the Super Rate service could be found at VTB Bank (Armenia) website   :  http://ru.vtb.am/retail/akcii/superstavka/. The information could be obtained also at any of the Bank branches, or dialing the Bank Call center at   87-87.

To mention, earlier (in April 2016) VTB Bank (Armenia) improved the terms of the service mentioned, rewarding fair clients 20% versus formerly set 10% of the borrowed assets body amount after its full repayment.

To remind, VTB Bank (Armenia) joined VTB Group in Apr 2004. Its sole owner is Russia's second biggest bank, Bank VTB. The bank is one of the leaders of Armenia's banking system and has the largest branch network (67 branches all over Armenia).