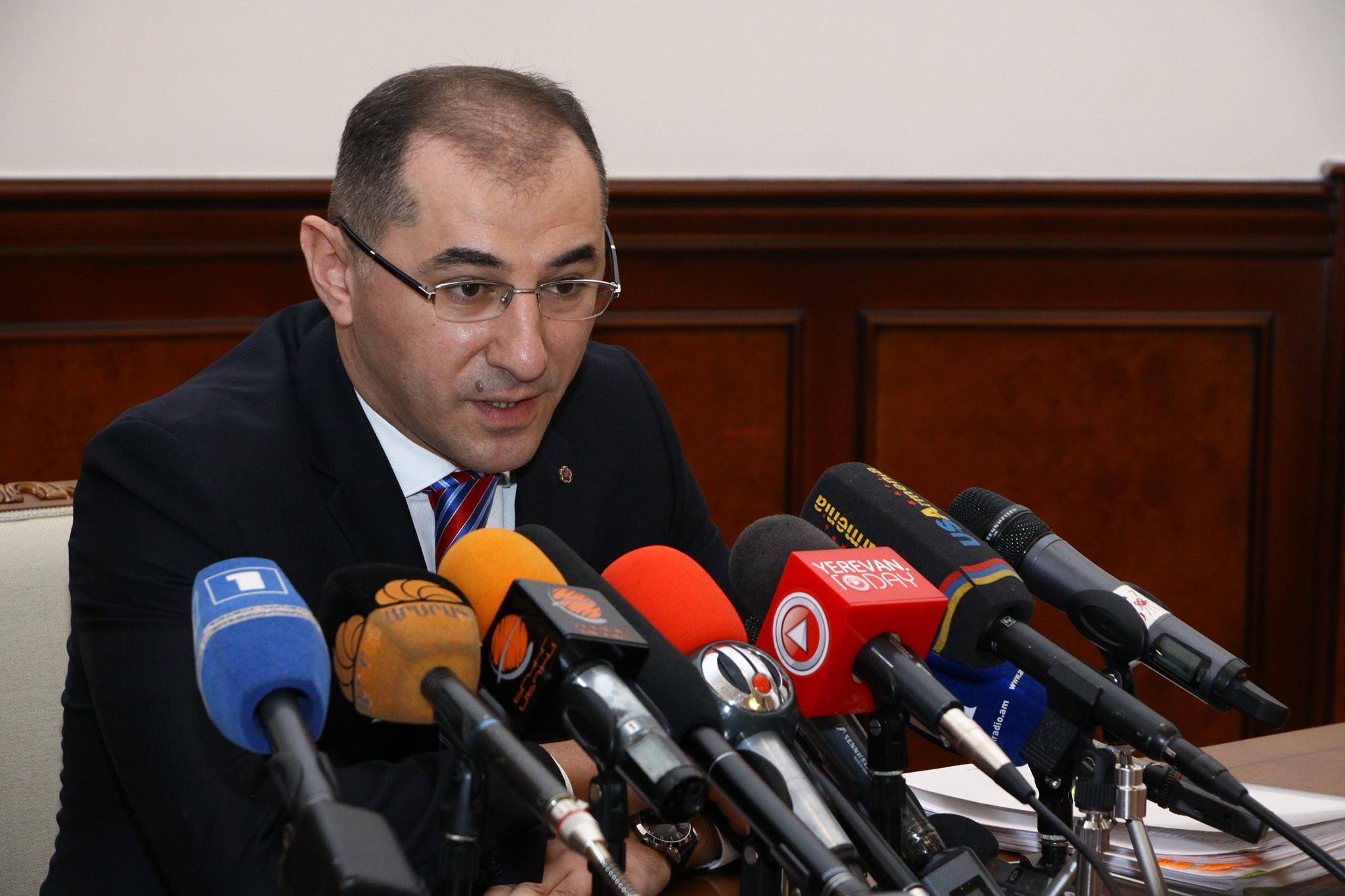 ArmInfo. In 2017, at the cost of shadow turnover ArmenianGovernment  has already collected AMD 15 bln more taxes, Vardan Aramyan, the Finance Minister of Armenia, stated at a press conference in Yerevan on March 22.

The Minister reminded that tax collectables in 2016 formed about AMD 1 trln 80 bln, which forms 21,3% of GDP. According to Aramyan, in this respect the Government has reached an  overcome of   the indications planned, because in 2016 budget this indication was set at 20,7% per taxes/GDP item.  " The budget deficit was responsive to the expectations of the Government and conformed to the planned indicator of GDP 5,5%," Vardan Aramyan stated.

Already in 2017, within the   6 - 6,5% Armenia's economic activity growth for January-February, the state budget incomes grew for 7,2%, which was preconditioned with tax revenues growth for 9,7%, or AMD 6,6 bln more than the indicator estimated.  "In first two months of 2017, the taxation plan is outstripped  both in respect to the indicator planned and to the similar indicator of the last year, " he mentioned.

According to the Minister, to provide the planned annual level of tax revenues set in 2017 budget at the level of AMD 1 trln 135 bln, it was planned to collect AMD 77,6 bln taxes in January. Actually, this indicator has been exceeded for AMD 3 bln. The similar tendency remained also in February - AMD 86,3 bln taxes were collected versus that planned at AMD 80 bln.