Karen Karapetyan regarding investment plans for $40-45 in 2017 in Shirak and $44 mln in Aragatsotn: pre electoral promises and not only 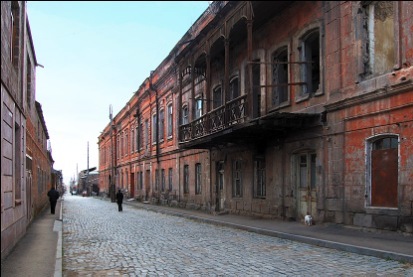 ArmInfo. In 2017 investments  at  $40-45 are planned in Shirak area of Armenia, Karen Karapetyan, first  Deputy Chairman of the ruling Republican Party of Armenia, Prime-  Minister said within during pre electoral campaign at the meeting  with the voters in Gyumry.

The Prime-Minister reminded that the Government hopes to implement  investing programs at the amount of  $3.2 bln, 840 mln from which  this year. "This year investments of $40-45 mln are planned to be  done in Gyumry and implementation of 30 programs below, which provide  the creation of 2 thousand jobs. Be sure that we will keep our  promises for sure," Karapetyan stated.

As the Deputy Chairman of the Republican Party of Armenia Karen  Karapetyan assured during the meeting with the voters in Aragatsotn,  in 2017 the implementation of 23 programs is planned in this area  at  amount of $44mln. The implementation of these projects will let to  open 1000 new jobs," he noted. Following  his words, realizing that  this will be the start of this stage of stability in the country,  with that they understand that the reforms will meet rough  opposition. "In this case we will show roughness", Karapetyan stated.