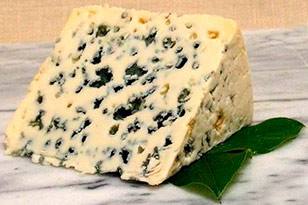 Learning Russian cheese market, a big potential was noticed in Spayka Company. "The agreements on exporting more than 1000 tons of cheese with mould to Russia annually, are already signed", Baghdasaryan stated.

The company on producing and processing milk based on german technologies with a productivity rate of 1200 tons annually, as well as cattle-breeding farm of 1500 heads ( awaited extent of milt 12 thousand ton annually) will work in Kotayq area. The launch of building works will be done in a month, and the finish is scheduled by the end of November. In January 2018 the first delivery of Roquefort cheese is awaited, which, according to first year's results, provided export extents for 1 thousand ton. As Karen Baghdasaryan stated, the company aims to occupy 10% of Russian Roquefort cheese market.

To recall, 2016 became a year of formation for Armenian cheese producers. As Armen Gigoyan, Chairman of Cheese Makers of Armenia the development was possible due to sharp growth of export of cheese products to Russia. According to forecast, this year the export to Russia will total 4 thousand tons versus 1500 tons a year before. But as the Chairman of the Union stated this growth was ensured not so much by Armenia's membership in the Eurasian Economic Union (as the tax and customs payments remained the same as before entering) but by sanctions imposed on Russia by Western states.

Gigoyan also stressed that 18 types of cheese are produced in Armenia but only two of them-Lori and Chanakh are known to consumers. In 2016 several plants introduced technologies of producing European cheese , the most difficult of which is production of Roquefort cheese.  According to him, next year work will be continued on production of European cheese, which are very popular on the Russian market. One of the problems of the field according to the expert is the cost of powdered milk. Its price on the world market was $630 for 1 ton several years ago while today it grew to $2300.