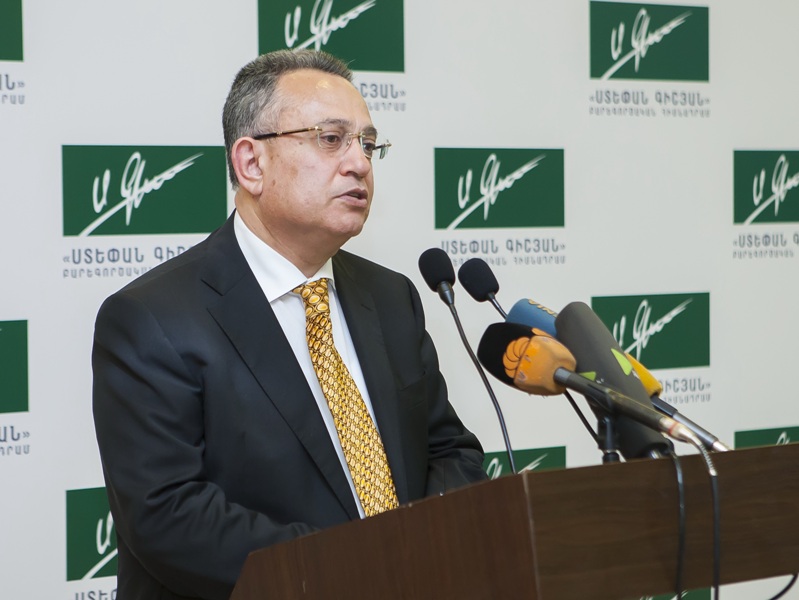 ArmInfo. The Stepan Gishyan  Charitable Foundation, established in 2015 in memory of Stepan  Gishyan, the founder and first CEO of the ACBA-Credit Agricole Bank,  started in 2017 to grant.

As the press service of the Bank told ArmInfo, according to the  decision of the Foundation Council this year grant assistance will be  rendered to four organizations. This is the Miasin Fund (Together),  the sports school of the community of Noyemberyan Tavush region, the  charitable public organization Liarzhek Kyank (Full-life) and the  Immunology and Tissue Engineering Laboratory after Orbeli.

According to the source, the results announced in early 2017 of  programs falling under grant assistance were summed up on May 5 - the  birthday of Stepan Gishyan.

"On behalf of myself and on behalf of the Board of Trustees, I  express my gratitude to the organizations and people who submitted to  the Fund an application for cooperation, which we will continue in  the future." The main goal of the foundation is to continue Stepan  Gishyan's business, to realize his thinking and worldview we believe  that the best way to achieve the goal is to unite the potential of  those interested in solving the existing tasks of structures,  organizations and people through the Fund. The first step of the  Foundation will be the programs, and we proudly declare that we are  honorably continuing the work of Stepan Gishyan," said Anna Gishyan,  the Fund's director.

The current Chief Executive Officer of ACBA-Credit Agricole Bank  Hakob Andreasyan, a colleague of S.  Gishyan said: "I often remember  Stepan and mentally I talk with him: He brought a new culture and  thinking to the financial and banking sector and the agricultural  sector, which allowed thousands of our compatriots to firmly stand on  my native land, live and prosper in my homeland, I am confident that  through the activities of the Stepan Gishyan Foundation we will  create another new opportunity for the realization of ideological  thoughts. "