VivaCell-MTS has acquired the assets of the ADC Company 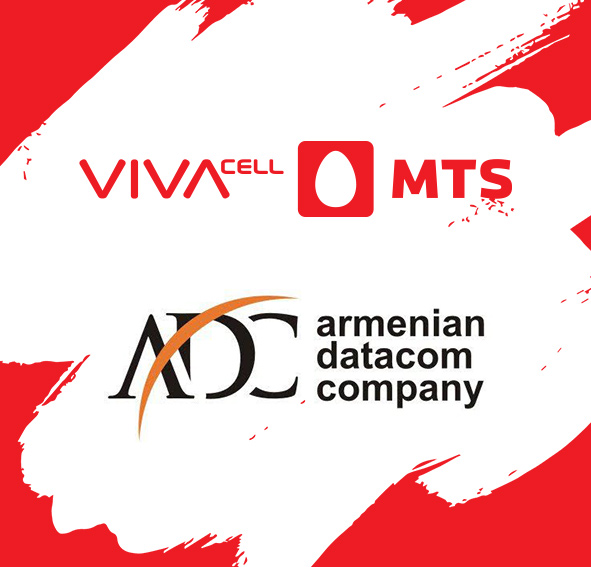 ArmInfo. The leading telecommunications operator in Armenia VivaCell-MTS (“MTS Armenia” CJSC) announces about the acquisition of the assets of the ADC Company (“Armenian Datacom Company” CJSC), through participation in an open auction, in accordance with the provisions set by the Republic of Armenia Law on Bankruptcy.

The present subscribers of ADC will be offered to continue using the services provided by the Company on the current terms and conditions, and the uninterrupted provision of the services will be ensured. As soon as the process of asset acquisition is over, VivaCell-MTS will significantly enlarge the scope of the services provided, as well as will implement continuous quality improvement.

The decision of VivaCell-MTS to acquire the assets of the ADC Company is based on the necessity to expand the capacity of its telecommunication network, which will also help improve the quality of the services provided via VivaCell-MTS mobile network.

VivaCell-MTS (“MTS Armenia” CJSC) is Armenia’s leading telecommunications operator, having the widest 2G/3.75G/4G network reach and spreading a wide range of Voice and Data services all across Armenia. Having the best of the Armenian people interest at heart since its launch on 1st July 2005 and in a short period of time VivaCell-MTS has managed to build a nationwide network and a considerable customer base. VivaCell-MTS drives innovation and aims at always being at the forefront of any development serving the Armenian mobile communications market.  The company follows the guidance provided by ISO 26000 (International Standard of Social Responsibility) and ISO/IEC 27001:2013 (Information Security Management System). For more information, visit www.mts.am

Mobile TeleSystems PJSC ("MTS") is the leading telecommunications group in Russia and the CIS, offering mobile and fixed voice, broadband, pay TV as well as content and entertainment services in one of the world's fastest growing regions. Including its subsidiaries, the Group services over 100 million mobile subscribers. The Group has been awarded GSM licenses in Russia, Ukraine, Turkmenistan, Uzbekistan, Armenia and Belarus, a region that boasts a total population of more than 200 million. Since June 2000, MTS' Level 3 ADRs have been listed on the New York Stock Exchange (ticker symbol MBT). Additional information about the MTS Group can be found at www.mtsgsm.com