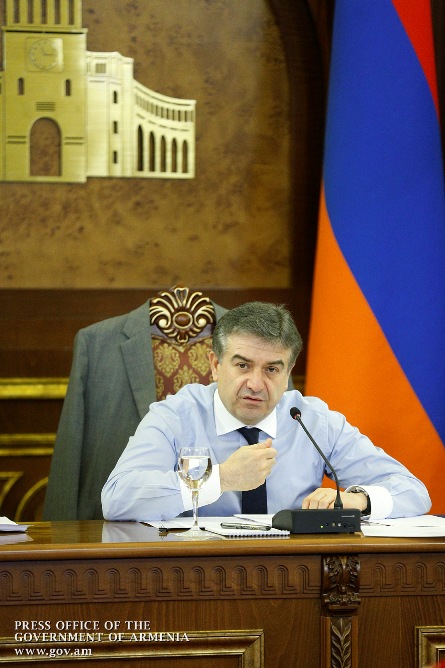 ArmInfo. Under the Chairmanship  of the Armenian Prime Minister Karen Karapetyan in Armenian  Government another meeting of the permanently active Supreme Council  took place on modification of a program on mid-term consumptions.

As the governmental press service told ArmInfo, the participants  discussed and approved basic macroeconomic indicators and  tax-budgetary policy, included in the project of the program on  mid-term consumptions for 2018-2020.

At the same time, the budget financing quotas were approved in  corresponding sectors clarified for 2018- 2018 and oriented on 2020.