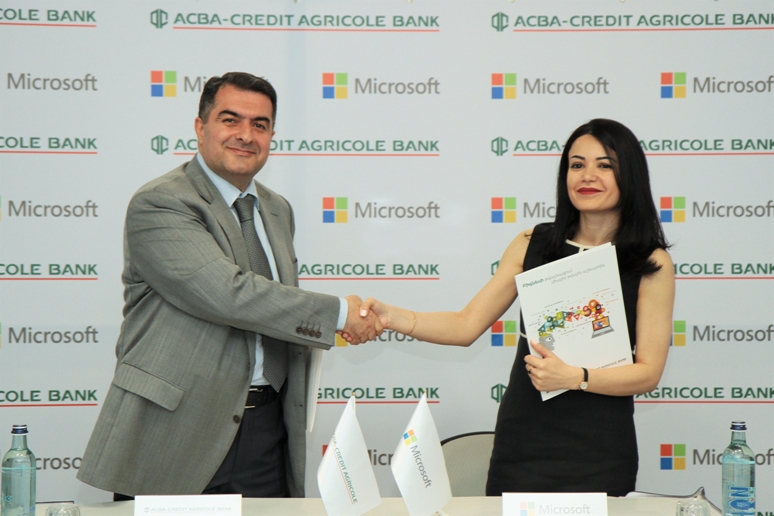 ACBA-CREDIT AGRICOLE BANK and Microsoft office in Armenia have  signed a cooperation memorandum assuming a commitment to enhance  competitiveness and effectiveness of cooperation with SMEs.

In particular, it was decided to add also business training and  business digitalization to ACBA-CREDIT AGRICOLE BANK's SME-developing  program.

On its sme.acba.am portal, the bank jointly with Microsoft has  opened a section called Business Digitalization, where information  about business digitalization, its advantages and new opportunities  will be posted.