Emmanuil MKRTCHYAN: The year 2016 was quite difficult for the Armenian insurance market 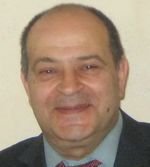 XPRIMM: How do you evaluate the development of the insurance market in 2016? What were the main drivers of the market growth?

Emmanuil MKRTCHYAN: The year 2016 was quite difficult for the Armenian economy as a whole. In fact, the country was experiencing a period of stagnation, which by the end of the year was marked by an economic growth of only 0.5%. This was reflected in the results of the entire financial sector, including the insurance market. The growth of insurance premiums by 5% in the last year was mainly due to the importation into the country of 15 thousand cars, mostly second-hand, as well as to the implementation of several large economic projects, such as the construction of the North-South road and the construction of a number of reservoirs.

The GWP growth was influenced by the decision of the Eurasian Economic Commission for the states-members of the Eurasian Economic Union to introduce compulsory insurance of customs liability of customs brokers and cargo carriers (note: in relation of the drafting the documents). On the other hand, in the second half of the year, especially since September the market analysts began to record a noticeable growth of losses and the number of registered insurance cases on MTPL insurance overall was caused by the amicable report system. In addition, the difficult winter conditions have contributed to the increase in the MTPL loss ratio by 10-15%. For the being time, the average loss ratio on MTPL reached 75%, while previously it was 55-60%.

XPRIMM: What are the main tendencies noticed last year?

Emmanuil MKRTCHYAN: First of all, the active work of the regulator with the support of the Armenian Motor Insurers' Bureau regarding the further implementation of the international practices on the local MTPL segment.  Secondly, the introduction of the amicable report, as well as the preparations for the introduction of a direct compensation mechanism starting April of the current year. Another significant change for the local market was the decision of the Armenian Motor Insurers' Bureau, which had the status of a self-regulating organization, regarding the process of concluding MTPL contracts. Namely, while signing MTPL insurance contract the owners of vehicles were no longer required to declare the names for multiple drivers and the responsibility for road accidents will be totally on the vehicle owners. These changes were reflected in the decrease in the level of motor fraud and the increased discipline of drivers classified in the high-risk category, such as taxi services involved in passenger transportation in urban transport. On the other hand, the new government, formed in September 2016, set some measures in order to reduce the existing risks for the economy through the development of the insurance industry, especially in the field of agricultural insurance and compulsory health insurance.  The concept of the compulsory health insurance is ready and will soon be submitted to the government. It is known that first of all, the compulsory health insurance system will begin to apply for the state employees and a part of the costs will be incurred by the state. In the future, after one or two years (the timeframe has not yet been announced), the compulsory health insurance will be extended in case of the low-income citizens; the state will support part of the cost of insurance policies as well. The supervisory authority pays attention to the process of automation, digitizing, the creation of databases and on-line services in order to improve the quality of customer service and, last but not least the reduction of the level of fraud not only among unscrupulous customers, but also in the case of insurance agents. A similar database has already been created for the MTPL segment and it will be useful for insurers to promote the voluntary types of insurance (e.g.Motor Hull).

XPRIMM: How do you evaluate the effectiveness of the bonus-malus system?

Emmanuil MKRTCHYAN: It is too early to speak about the effectiveness of the bonus-malus system, because the full-fledged component of this system from the point of view of the "bonus" was introduced only in September last year. Some experts talk about its effectiveness. However, the insurers mention some insignificant increases in the MTPL loss ratio.

XPRIMM: How do you evaluate the effectiveness of the amicable report implementation?

Emmanuil MKRTCHYAN: The number of road accidents settled through the amicable report has significantly increased up to 45%. Despite this, there are some unresolved issues, namely, the lack of the citizens' awareness of and the sufficient slips for filling in the case of motor insurance events.  In this regard, the Armenian Motor Insurers' Bureau is preparing a special mobile application that will allow for participants in road accidents to register the events in the on-line regime.

XPRIMM: What is the level of the motor fraud and the loss ratio in MTPL insurance compared to the previous period?

Emmanuil MKRTCHYAN: The simplification of the process of concluding MTPL agreements in the on-line regime and the creation of an automated database for this type of insurance overall will contribute to the fight against motor fraud. Such an innovation has already been launched in the test mode and allows insurance companies to keep under control the agent network. Previously, when paper-based MTPL insurance policies were used, the agents did not always record insurance contracts, which were creating certain risks for both insurers and customers.

XPRIMM: What are the market's expectations regarding the direct claims settlement agreement in motor insurance?

Emmanuil MKRTCHYAN: First of all, the implementation of the direct claims settlement agreement in motor insurance will lead to the growth in competition on the market. Secondly, this system will contribute to the improvement of the quality of service, and, thirdly, every customer will address only to one insurance company when buying complex products.

XPRIMM: What legislative changes took place in 2016 or are expected on behalf of the Central Bank?

The introduction of the direct claims settlement agreement in motor insurance was included among the legislative changes expected to be adopted in 2017 in April. Another three tasks were planned for the next one year: the joining of the Green Card system; the introduction of programs for the standard assessment of damages; the improvement, if necessary, of the bonus-malus system.

XPRIMM: How do you evaluate Armenia's reinsurance market? What are the main foreign partners for local market?

Emmanuil MKRTCHYAN: The Armenian market is small and, in a global sense, there is no interest for reinsurers. For about 55% of the MTPL insurance there is no reinsurance; for health insurance the lack of reinsurance is at 17%; and in the case of other types of insurance, about 12% - it's not an attractive volume for important reinsurers. Today, there are some Russian re/insurance companies operating in Armenia (INGOSSTRAKH and ROSGOSSTRAKH) and two other insurance companies doing business with Armenia. At the same time, the local market is collaborating with such international reinsurers as German Allianz SE, English Lloyd, French SCOR, as well as Korean, Swiss and Bavarian companies. Overall, around 10 reinsurers work with Armenian insurance companies. Some Armenian insurance companies work directly with the reinsurers and some - through insurance brokers. The last 3-4 years, 12% of insurance premiums (about USD 8 million per year) represented reinsurance premiums. Earlier this figure was much higher, but then there were no compulsory types of insurance. The legislative requirements which prevent the activity with foreign reinsurance companies in Armenia are: a high rating scale - not lower than "A-"; the reservation of a certain value from slip concluded with the Armenian insurers. However, the Central Bank reserves the right to subjective judgment and assessment of the level of solvency of the reinsurer. This decision was made in connection with the fact that there are three companies operating on the Armenian market, as subsidiaries of large Russian insurers. The requirement for ratings created serious problems and hindered their work in the case of the insurance of major risks.