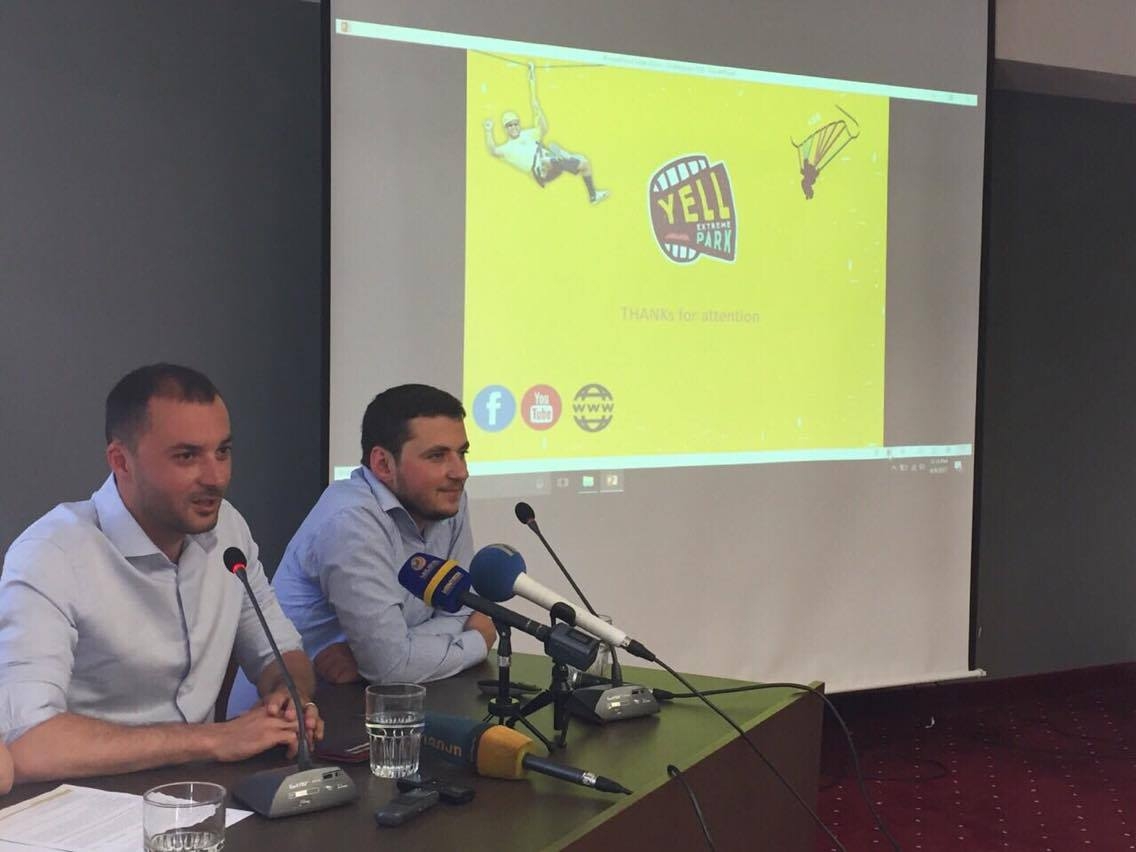 ArmInfo. According to preliminary calculations, thanks to the collection of money on the InDiegogo international site, the longest zip-line in the world will be built in the Tavush district,Yenokavan.

According to him, they managed to collect about $22.2 thousand for the  construction,  while it was planned to collect the missing $ 20 thousand. 310 people from 21 countries of the world, who made 315 investments, took part in the fundraising. At the same time, 93% of the total investments were received from Armenia, Russia, the United States, Georgia, of which only 70% to  Armenia. "The largest contribution from one person is $ 1 thousand, which was made by our Prime Minister Karen Karapetyan and businessman from Russia Ruben Harutyunyan," Chibukhchyan noted. At the same time, he said that as incentives to participants in the collection of funds will be given tickets to the zip-line - descent, the cost of which is $ 60.

From an engineering point of view, he said, this is a very complex project.

What is to  the negotiations with insurance companies,  Chibukhchyan said that at this stage he expects further information on this issue from the State Committee for Tourism, which previously reported on holding a roundtable with insurers. The businessman said that in 2015 he had independently tried to solve this issue by applying to Rosgosstrakh-Armenia and Nairi Insurance  companies, but it was not possible to reach an agreement. In his opinion, compulsory insurance can be applied in Armenia, as it is practiced in certain regions of Europe and the USA. "Here we are talking about the system, which is being discussed  in the Government. We'll wait until this system starts working, "he concluded.