RA Ministry of Finance: Tourism Development Program in Ashtarak city in Armenia is under implementation 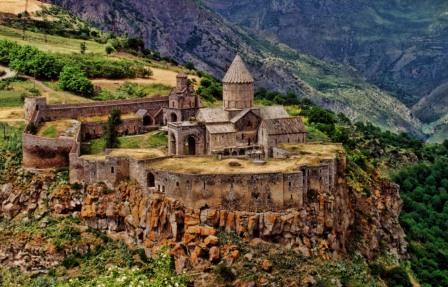 ArmInfo. The program of tourism development in the city of Ashtarak in Armenia is under implementation. RA Minister of Finance Vardan Aramyan stated this on July 6 from the rostrum of the National Assembly of Armenia.

Nevertheless, according to him, taking into account the existing restrictions, the full-scale implementation of the project will begin in 2018-2019. The minister recalled that the deficit of the state budget of Armenia in 2017 is 150 billion AMD. Meanwhile, programs financed from external sources for a total amount of more than 1.8 billion AMD, were calculated until 2022. In this regard, in 2017, there is no way to start a full-fledged implementation of the tourism development program in Ashtarak. Considering as a priority one or another program, the government proceeds from the degree of its completeness. Those projects that are completed by 70%, should be fully completely. The implementation of new programs was decided to be postponed to 2018-2019. "Currently, the preparatory work is under way to implement this project, which will be fully utilized in 2018-2020," the head of the Ministry of Finance said.

To note, at the end of last year the Asian Development Bank announced the opening of a $ 50 million credit line for Armenia, which will be used to develop tourism in 9 cities of the country, five of which - Vanadzor, Jermuk, Dilijan, Tsakhkadzor and Ashtarak - Implementation of programs. The loan agreement with ADB is expected to be ratified by the RA National Assembly in September 2017. The rest of the cities will be selected later, but it is known that Gyumri will be on the list. In addition, on the development of ecotourism in these regions, the Russian government allocated a grant of $ 3 million.