Armenian CB: The volume of private consumption has fully recovered in Armenia 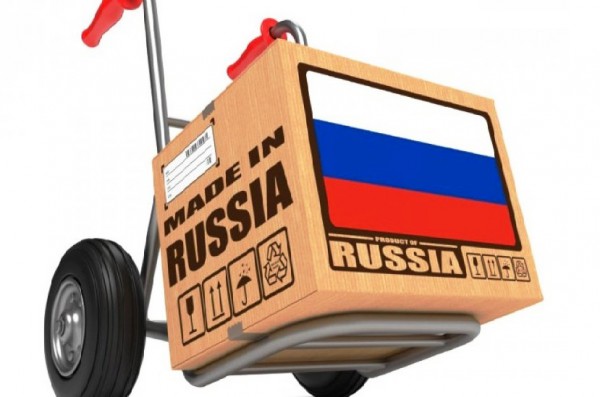 ArmInfo. The volume of private  consumption has fully recovered in Armenia. This was announced by the  chairman of the Central Bank of Armenia, Artur Javadyan, in the  Parliament of Armenia on July 6.

According to him, there was a period when these volumes amounted to  -2%, but at the present time a new situation has been created, which  managed to be formed due to a competent fiscal policy. In addition,  the chief banker continued, the situation itself has changed. For  example, the volume of private transfers has significantly increased,  which since 2014 have been steadily falling. "Today, the situation  with transfers is satisfactory, in addition, a serious increase in  exports over the past two years and an increase in imports over the  past year also indicate a restoration of demand in the domestic  market," the head of the Central Bank said, adding that transfers are  a challenge for the country's economy.

"I am glad that the share of transfers in the country's GDP today is  below 10%. Unequivocally, our policy should be aimed at accelerating  economic growth, reducing unemployment, a sharp increase in exports,  etc., which will lead to the leveling of private transfer operations  In GDP," said the Chairman of the Central Bank of Armenia.

"Now the situation is completely different than it was a year ago, as  evidenced by the increased demand for the recent issue of low-yield  government bonds by the Ministry of Finance of the Republic of  Armenia, for short-term bonds it averaged 5%, medium-term - 5.5%,  long-term - less than 3,5%," Arthur Javadyan stressed, adding that,  based on existing risks, interest rates can not be very low.

To note, according to the data of the Central Bank of Armenia, the  sphere of services and the industrial sector were the main drivers of  economic growth in 2016, and from the point of view of gross demand,  there was an increase in the level of consumption and export volumes.  As noted in the conclusion of the Central Bank of Armenia on the  implementation of the state budget for 2016, the current account  deficit in 2016 was 2.7% of GDP, remaining at the level of the  previous year. As a result of the expanded fiscal policy, the deficit  of the state budget exceeded the forecasted level for 2016 by 54.4%,  which increased the deficit-to-GDP ratio to 5.5%. Such a growth in  the deficit affected the national debt, which, in conditions of low,  rather than predicted, GDP levels led to a significant increase in  the level of public debt in GDP to 56.7%.

The growth of budget revenues in 2016 was provided by income from  direct taxes, mainly income tax, profit tax, as well as excise,  turnover tax and targeted social payments. At the same time, revenues  from VAT, customs duties, environmental payments and payments for the  use of natural resources decreased.  The share of budget taxes and  duties in GDP reached 21.3% in 2016. The coefficient of elasticity of  taxes growth in 2016 to 1.6% from 0.1% in 2015. Current expenditures  of the state budget grew by 3.5% in 2016, and expenditures on  non-financial assets - by 1.7%.

As a result, a lower performance of the state budget revenue (92%)  than the expenditure part (over 99%), a deficit of 278 bln AMD was  formed, against 180 bln AMD planned for 2016. Placing state bonds and  attracting loans from external sources in excess of the amount  planned financed the prevailing level of the difference. This led to  a significant change in the share of financing sources of the deficit  in 2016: domestic - 38.6% and external - 61.4%, against 4.7% and  95.3% respectively in 2015.

The unprecedented growth in the volume of financing the budget  deficit from internal sources is due to a significant increase in  excess liquidity in the banking system, which is accompanied by a  decrease in interest rates, as a result of the expansionary monetary  policy conducted by the Central Bank in 2016, which generated a  significant demand for government bonds. As a result, the volume of  government bonds in circulation increased by 58.5% in 2016 to 187.6  billion AMD, against the planned 42 billion. The yield of government  bonds in 2016 was 13.15%, compared to 13.99% in 2015, their  circulation period increased to 2208 days from 2065 days in 2015,  with the distribution of the repayment load until 2036. Moreover, in  December 2016, by the same period of 2015, the average yield of  short-term government bonds decreased by almost 5 pp to 6.9%,  medium-term - by 5.4 pp - to 10.1%, and long-term - by 3.7 pp - up to  12.9%.

Inflation in 2016 remained at a low level and was lower than the  forecasted bar of the Central Bank. The main influence on domestic  prices was exerted by the deflationary trends that persisted on  external commodity markets, the continued decline in remittances and  the formation of low prices for food products.  The Central Bank,  evaluating the environment as a low-inflationary one, pursued an  expanded monetary policy during the year, reducing the refinancing  rate by a total of 2.5 pp in 2016 to 6.25% by the end of December.  The easing of monetary conditions led to a decrease in interest rates  on the financial market and yield of government bonds. Thus, the  average weighted yield of government bonds in 2011 was 11.1% compared  to 14.6% in 2015. From IV quarter gross demand began to recover,  neutralizing deflationary trends, as a result of which inflation was  2.7% against 1.9% in the same period of a year ago, and in  January-December 2016 deflation was registered at 1.1%.

In the long term prospect, based on the primacy of providing the  foundations for stable economic growth, the CB attaches particular  importance to the consistent and effective implementation of RA  government programs aimed at promoting investment and infrastructure  reforms.