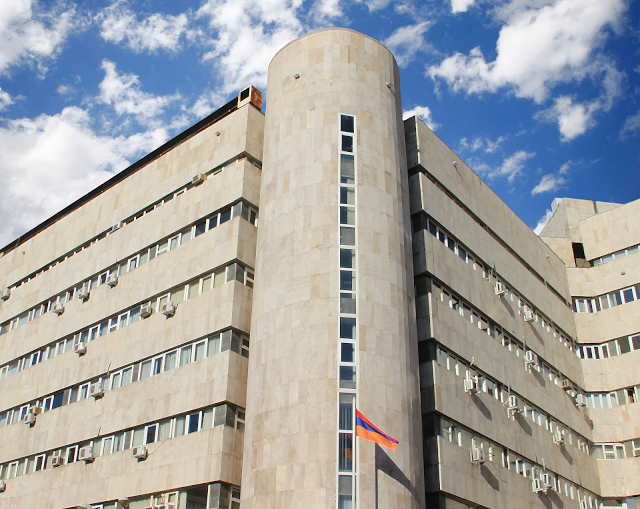 ArmInfo.  Economic potential of  Armenia needs to focus on exports, and the share of exports to GDP,  in 4-5 years is planned to increase to 42-43% from the current 33%.  Deputy Minister of Economic Development and Investments of Armenia  Tigran Khachatryan expressed his opinion at the July 4 conference of  the Fitch Rating agency in Yerevan. The deputy minister noted that  according to the government's plans, the main driver of economic  growth in the next 3-4 years will be the export of goods and  services.

According to him, to achieve this goal, it is necessary to reform the  field of activity for export-oriented entities. Along with this, it  is necessary to take advantage of the great potential for the  promotion of Armenian products to the markets of the EEU, where the  opportunities used by Armenia are still low. "In other words, in the  coming years we should strive to ensure that Armenian goods and  services are presented in the markets of the EEU in more impressive  volumes, especially as the preferential trade regime established in  the Eurasian space facilitates this," Khachatryan stressed.

Concerning the plans for foreign investment, he did not rule out that  by the end of 2017 their share in GDP could reach 5%, and for the  next years this indicator should become part of Armenia's  macroeconomic reality.

T. Khachatryan also noted that in the sphere of services tourism  remains the priority. "By the results of the first half of this year,  the annual growth of tourists visiting Armenia can be ensured at the  level of 30%, and in the next 4-5 years we hope to reach the bar of  3-5 million people.

In the structure of the industrial sector, a great potential comes  from light industry, namely, such sub- sectors as textile and leather  production.

According to State Committee on Tourism, the tourist sector of  Armenia in 2016 finished with 5.7% growth: 2.867 foreign citizens  visited the Republic, from which 1.259 on tourism purpose.