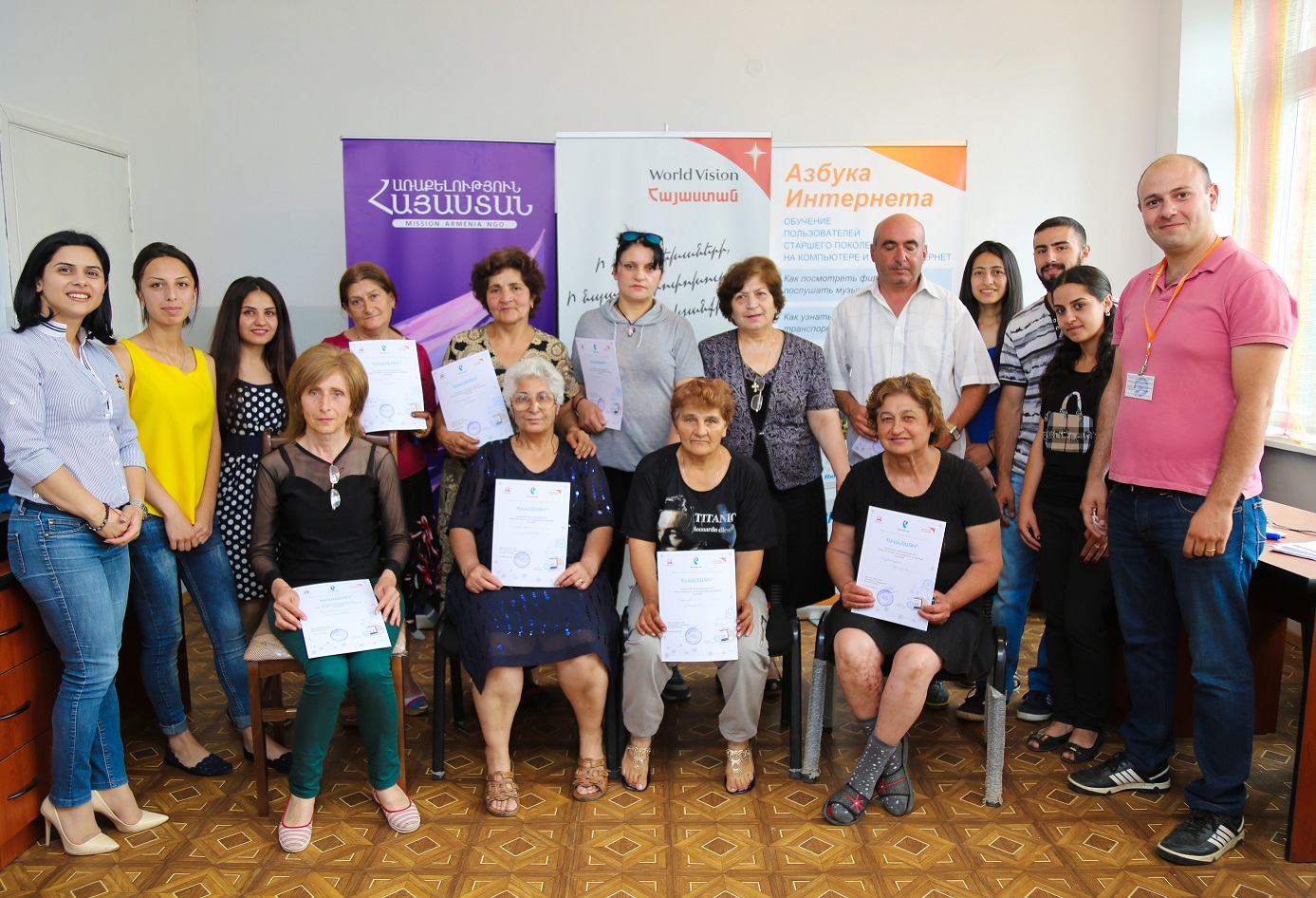 ArmInfo. Residents of Amasia  and Alaverdi, who participated in the project of Rostelecom Armenia  "ABC of the Internet" for middle-aged and older people (50+),  received certificates of completion of the training course. As the  press service of the company told ArmInfo, the courses were held in  the framework of cooperation with the World Vision Armenia Foundation  with the participation of young volunteers.

According to the source, the courses were held in the computer room  of the NGO "Mission Armenia" and the libraries of Amasia. Among the  participants there were teachers, engineers, representatives of  medical personnel and other specialists. "Taking into account the  number of those who wish and the high demand that has been formed,  the courses will continue for the new groups in Amasia and Alaverdi,"  the company said in an official statement.

Rostelecom's project "The ABC of the Internet", implemented in  Armenia since 2015, is aimed at helping middle-aged and older people  develop computer and Internet skills. The total duration of the  course is 12 hours, the maximum number of participants is 10.

OJSC ROSTELECOM (www.rostelecom.ru) is one of the largest  telecommunications companies of national scale in Russia and Europe,  present in all segments of the communications services market. The  number of Internet users exceeds 10.9 million, and the pay-TV  subscribers - 7.7 million. Russian OJSC ROSTELECOM through its  subsidiary in Armenia GNC-ALFA started promotion and retail sales of  telecommunications services in Armenia under its brand at the end of  2012. The length of the fiber optic network in Armenia exceeds 3,000  Km, covering 80% of the territory of Armenia.