Gallup International Association study: Only 0.3% of respondents are very satisfied with the economic state of Armenia 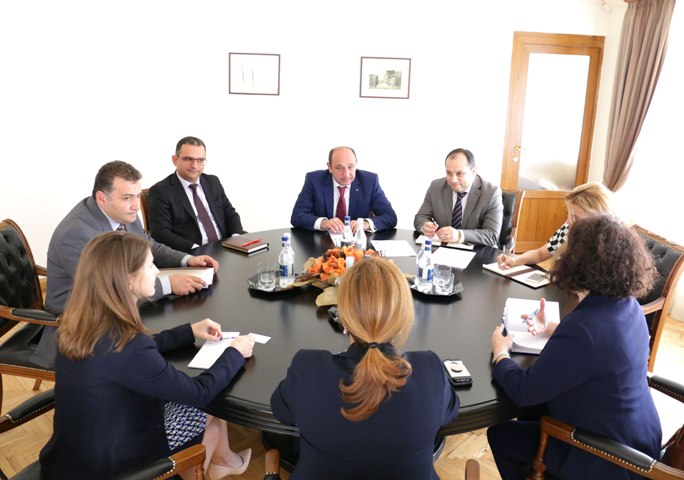 ArmInfo. Only 0.3% of those  polled in the Gallup International Association (GIA) survey are very  satisfied with the economic state of Armenia, while 34.3% of  respondents expressed dissatisfaction and 32.3% are extremely  unhappy. The full member of the GIA and the director of LLC Aram Navasardyan announced this at the press conference on August  1.

In this context, he added that 4.5% were satisfied, and 27.6% of the  respondents gave an average estimate of the economic situation in the  Republic.

Estimating the economic state of their family, the overwhelming  majority - 60.2% noted their level as average, 15.4% of respondents  gave a negative assessment, 7.8% of respondents expressed extremely  negative results, and 14.8% were satisfied. "The assessment of the  economic situation in the country in comparison with the family,  where positive reviews prevail, differs due to transfer revenues," he  explained.

Estimating the level of their lives, 12.1% were fully satisfied,  51.7% - rather satisfied than not, 20% - rather dissatisfied, and  14.8% of respondents are categorically unhappy.

In conclusion, A. Navasardian noted that once again the GIA study  will be held in October this year.

To note, the survey was conducted throughout the country, in which  1104 people participated, the margin of error was +/- 3%. The study  was conducted from 5 to 15 July this year.