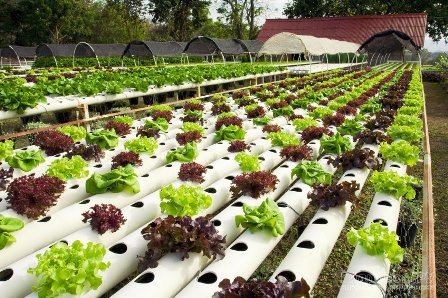 According to the Minister, system of drip irrigation will increase  the efficiency of the use of the country's water resources, and will  also reduce water consumption by up to 40%, while at the same time  increasing the yield, the quality of the fruit and the sown areas.

According to Araqelyan, within the accessible loans program, 2%  annuals will be allocated for 3 years.

"Drip irrigation is a rescue for farmers," said Arsen Harutyunyan,  chairman of State Committee for Water Economy of Armenia. In his  opinion, the Ministry of Agriculture offers "perfect" conditions for  farmers in order to fully transition to a drip irrigation system. At  the same time, he pointed out that in comparison with the last year  the water reserves in the reservoirs of Armenia decreased and, in  order to provide all the communities of the country with water, the  Ministry was forced to switch to an economical regime. In the Armavir  region, Harutyunyan said, 60 pumps were envisaged, but 90 more were  needed to ensure the irrigation process.

Despite the availability of the programs of State Water Vodka for  ensuring an uninterrupted irrigation process, as the head of the  Ministry of Agriculture stressed, water resources are being reduced  from year to year. "Without drip irrigation and the introduction of  new technologies, we will not be able to move forward," he said.

As Ignatiy Arakelyan stated, the consultants of the Armenian  Agriculture Development Fund will present the advantages of drip  irrigation to farmers in more detail. Perhaps in some communities,  such systems will be installed in an exemplary manner so that the  farmer himself is convinced of the efficiency of drip irrigation, the  minister said.