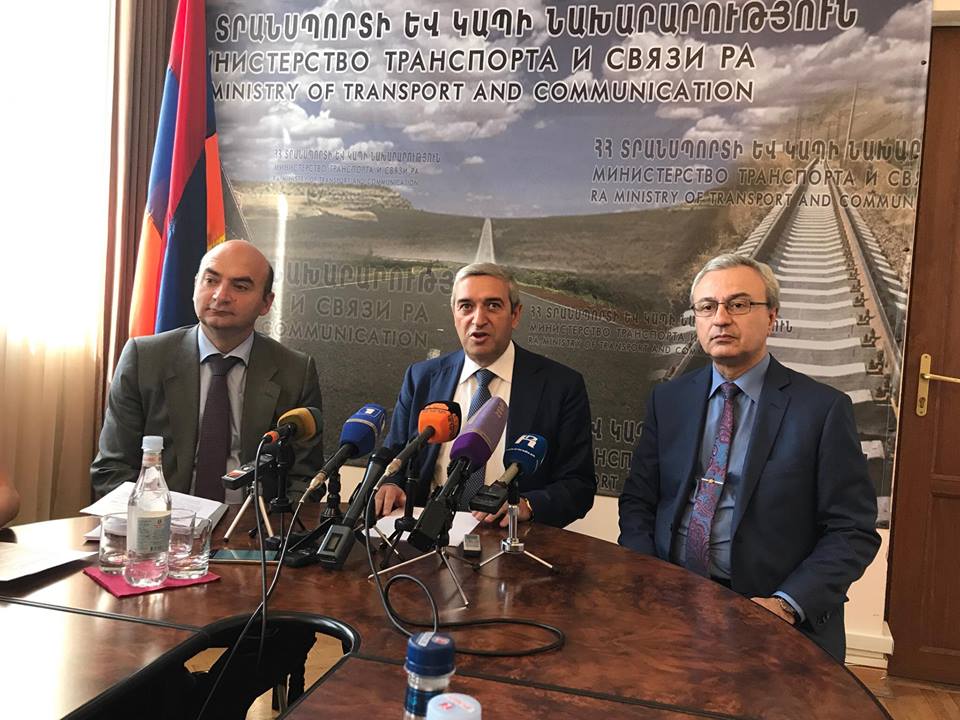 ArmInfo. The jubilee - the 10th international high-tech conference  "ArmTech Congress" will be held in Yerevan on September 27 and will  be devoted to cyber security issues."

Armenia, like many countries around the world, is periodically  subjected to cyber attacks, the country is ready to resist these  attacks, so cyber attacks on the country's Internet resources have  not yet caused serious damage to Armenia," the minister said,  answering the question of  ArmInfo.  Transport, Communications and IT  of Armenia Vahan Martirosyan on September 15 at a press conference.   As the minister noted, the global business forum on high technologies  "ArmTech Congress" was first organized in 2007 in San Francisco  (USA), becoming a good tradition. This year, the Yerevan Forum will  mainly focus on cybersecurity. Over 200 companies from Armenia, USA,  European countries, Russia will take part in the conference.  Participation of authoritative speakers from international companies  and universities of world importance will give the conference a new  quality, as well as increase interest in the rapidly developing  Armenian sphere of ICT and high technologies

"Initially, there was an agreement that the event will be held  alternately - in Armenia and Silicon Valley," said Synopsys Armenia  CEO Hovik Musaelyan. Over the past 10 years, the Forum has neither  lost its relevance nor relevance. "ArmTech is a business platform in  ITT sphere, where the results of successes and achievements for the  past year are summed up, it is also a platform on which plans for the  future are outlined," Musaelyan said. According to Bagrat  Yengibaryan, Director of the Enterprise Incubator Foundation (EIF),  cybersecurity and cybercrime issues are relevant for each country. In  this regard, many world-famous companies such as Microsoft, IBM,  Kaspersky, Cisco, HP, etc. will be able to meet on the fields of  "ArmTech 2017" this year. Many countries also expressed a desire to  attend the Conference. "We plan to discuss the world-wide successful  experience in the fight against cyber security that can be used in  Armenia, as well as challenges and challenges in the field of  cybersecurity and ways to address them," Yengibaryan said."ArmTech"  (ArmTech) is officially recognized by the Armenian government as an  entrepreneurial conference on high technologies, the purpose of  which- to promote the development of the high-tech sphere in Armenia,  stimulating the strengthening of international business ties and the  growth of investments. This is an exceptional opportunity to  represent the Armenian ITT sphere to large international companies  and research centers.

The high-tech forum ArmTech is held under the high patronage of the  Prime Minister of Armenia, with the assistance of the Armenian  government, the Enterprise Incubator Foundation and Synopsys  Armenia.We should also note that the Strategy on Cybersecurity of  Armenia will soon be submitted to the court of the National Security  Council of Armenia.-