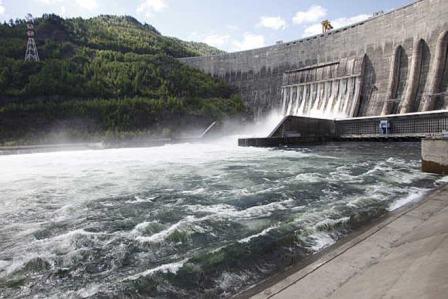 ArmInfo. The Asian Development Bank is exploring the possibility of participating in the Shnokh hydro power plant construction project. On September 22, a conversation was held at the meeting of the Minister of Energy Infrastructures and Natural Resources of Armenia Ashot Manukyan with the director of the Armenian representation of ADB Shane Rosenthal.

As the press service of the Ministry reports, during the meeting Shane Rosenthal informed the Armenian Minister that discussions were recently held with the Investors' Club of Armenia on this project. In particular, the possibility of participation of the Asian Development Bank in the construction of the Shnokh HPP was discussed.

Earlier, with reference to Ashot Manukyan, ArmInfo informed that Shnokh HPP will provide 5% or more of domestic needs of the country and will strengthen Armenia's energy security. The framework agreement between the Government of Armenia, Debed-Hydro LLC and the non-public contractual investment fund "Investors Club of Armenia" on the program of construction of Shnokh HPP was approved at a meeting of the Armenian government on August 10. According to Ashot Manukyan, the Armenian government envisages to maximize the use of domestic energy resources to strengthen the country's energy security. In this context, as the minister noted, Armenia does not fully utilize the resources of the Debet and Araks rivers. "This investment program is aimed at partial replenishment of this gap," he said. Within the framework of the agreement, work is planned on the design, construction, financing of the Shnokh HPP with the installed capacity of 76 MW on the rights of possession, use and disposal of property. The total cost of the project, according to the head of the Ministry of Energy, is estimated at $ 150-160 million and is subject to adjustment. "The main objective is that the program plans to build tunnels with a length of 22 km, which will significantly affect the cost of the investment program," he explained. It is planned that the Government of Armenia will assist the developer to purchase a land plot for the construction of a hydroelectric power station. The developer, however, undertakes to perform construction work on this object. For at least 20 years from the date of commissioning Shnokh HPP, the Armenian government undertakes to guarantee the purchase of at least 500 million kWh of energy from CJSC "Electric Networks of Armenia" annually. Ashot Manukyan reminded that the program for the construction of Shnokh hydroelectric power station was developed in the 60s of the last century. In 1998, with the financial assistance of USAID, the Armenian government prepared a feasibility study for the project. In the years 2007-2011. the executive power decided to build a hydroelectric power station without attracting public funds - on the basis of private investment. If approved, Manukyan said, the program will be implemented within the framework of the public-private partnership together with the "Investors' Club of Armenia" and will be the first major project of the Club in Armenia. On January 25, 2017 Armenian businessmen living in the Russian Federation adopted a declaration on participation in business programs of the Armenian government. "Armenian Investors Club" is the first non-public contractual investment fund in Armenia registered by the Central Bank. The goal is to promote the development of such important spheres for the economy as energy, including the production of alternative energy, energy and tourism infrastructures, mining industry, food and light industry with the involvement of internal and external private financial means. The fund, managed by Fora Capital LLC, will carry out its activities with the participation of the capital of new and operating companies, investing in securities, real estate, providing financing. In 2017 investments of the Fund "Armenian Investors Club" will amount to $ 300 million, of the investments promised by the government in the amount of $ 850 million.