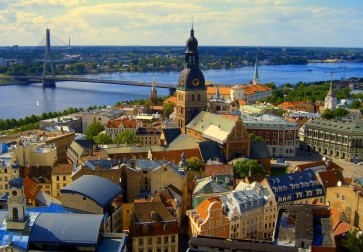 ArmInfo. Deputy Foreign Minister of Armenia Robert Harutyunyan met on October 4 with a delegation from Lithuania under the leadership of Lithuanian Minister of Economy Mindaugas Sinkevicius.

According to the RA MFA press office, the Deputy Minister highly assessed the dynamics of the economic component of relations with Lithuania, stressing the importance of bilateral investments and the need to exchange experience in various fields.

The Lithuanian Minister of Economy stressed the need for further deepening of trade and economic ties with Armenia, noting that Armenia and Lithuania have great potential for cooperation, including within the EU and the EEU.

The meeting discussed issues related to the development of bilateral relations, the expansion of the legal framework and the promotion of trade and economic cooperation.

The sides touched upon the meeting of the Armenian-Lithuanian intergovernmental commission taking place in Yerevan.