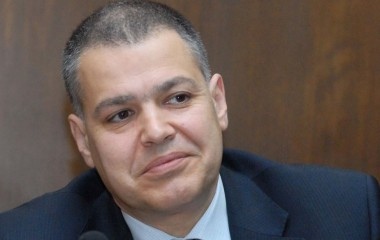 ArmInfo. The construction of a new nuclear power plant in Armenia is an exclusively economic problem, not related to political influence. This was stated by Justice Minister David Harutyunyan on October 17, commenting on the journalists' request on the closure of the Armenian nuclear power plant, recorded in the new Agreement on Comprehensive and Enhanced Partnership between Armenia and the European Union.

"We will have a new nuclear power plant, if it is effective from the point of view of the price component, imagine the situation if tomorrow it turns out that new modern technologies will allow the same volumes of energy, but without an NPP, and if there is a nuclear power plant, electricity will cost more for consumers, "the Armenian minister said, adding that Armenia must follow modern technologies. He called for a long- term Government Strategy until 2036 on energy, which clearly states that it is subject to periodic review, depending on how the development of the energy sector is seen. Harutyunyan stressed that the Armenian government has chosen a complex mathematical model, which is actively used throughout the world. The minister believes that at present the technologies of using stations on crude uranium, solar energy, the use of 50-megawatt blocks instead of thousanders, etc. are actively being used on the market. "But all this still needs to be counted," said the RA Minister of Justice. He did not rule out the possibility of abandoning the intentions of building a new nuclear power unit, and moving, for example, to the construction of solar power plants. "We will constantly assess and resolve the issues, taking into account the trends that exist in the scientific sphere, the energy market, etc.," David Harutyunyan said.

To note, on the eve of the press secretary of the Minister of Energy Infrastructures and Natural Resources of the Republic of Armenia Vasak Tarposhyan noted that the decision on the future of Armenian nuclear energy will be taken by 2026 when the second power unit of the Armenian NPP, which is currently in the process of modernization, expires.