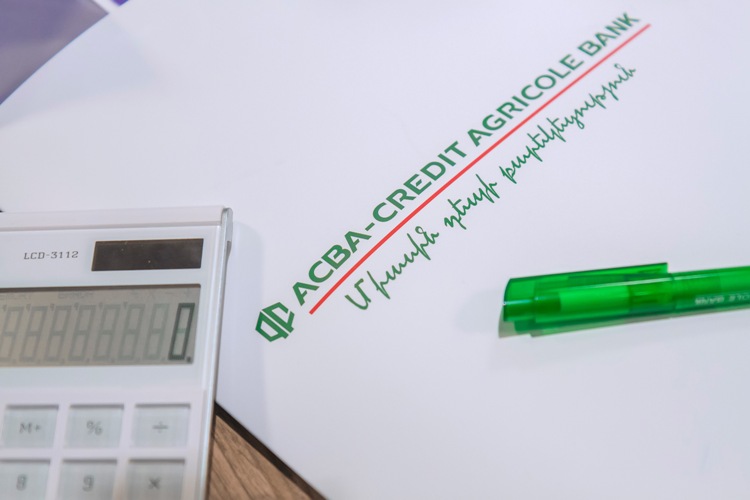 ArmInfo.The first issue of USD  bank ACBA-Credit Agricole bonds in the amount of $ 5 million was  listed on the stock exchange NasdaqOMX Armenia and is included in the  main list Abond. As the press service of the exchange told ArmInfo,  this issue of ACBA-Credit Agricole Bank is allowed to enter into  targeted trading and repo deals. The bonds of this issue (ISIN -  AMACBAB21ER0) will be quoted under the exchange code ACBAB1.

According to the source, the treatment of the bond issue period is  set to 30 months (2.5 years), coupon rate - 5.5%, the frequency of  coupon payments every six months. Within this tranche 50 thousand  registered coupon bonds were issued, with a nominal value of $ 100.   The start of the initial public offering of the first issue of dollar  bonds of ACBA-Credit Agricole Bank was held on August 18 with an  early termination on October 5. As Deputy Chief Executive Officer of  the Bank for Financial Bloc Styopa Zakinyan stated earlier: "This is  the first issue of the Bank's bonds, but the issue of bonds will  continue in the future. Thus, we want to contribute to the  development of the Armenian capital market. For our clients, bonds  will become an alternative instrument of investments and savings, and  the bank intends to use the funds raised from the placement to  finance the real sector of the economy of Armenia." According to the  RA law on guaranteeing deposits of individuals, the funds raised from  registered coupon bonds are considered guaranteed bank deposits and  guaranteed by the Deposit Guarantee Fund of Armenia.

In total, 24 dollar bonds of 11 issuers are quoted at the Nasdaq OMX  Armenia as of October 24, 2017, out of which 20 issues were issued by  8 banks: Araratbank (5), Ameriabank (4), Armswissbank (4), Anelik  Bank (3), one dollar tranche from Armbusinessbank, Converse Bank,  Unibank and ACBA-Credit Agricole.

"ACBA-Credit Agricole Bank" CJSC has been operating in Armenia since  1995. Since September 2006, the largest European banking group Credit  Agricole SA has been the majority shareholder of the bank. with a  15.56% interest in the capital, after which SJSC "Sacam  International" (a member of the Credit Agricole SA group) has a  12.44% interest in participation, along with which there are 10  regional Unions of Peasant Mutual Assistance ).