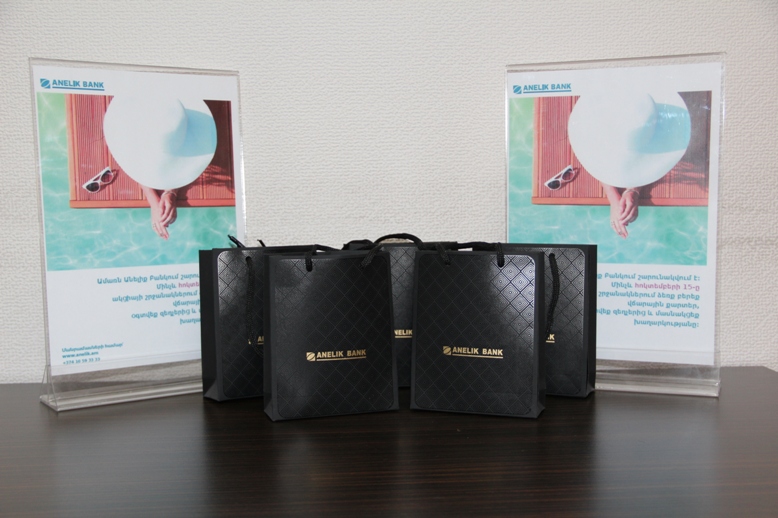 ArmInfo. Bank Anelik on  October 30 summed the results of the Summer Promotion and awarded  gold bullion 5 card holders who carried out non-cash transactions for  the largest amount.

According to the press service of the Bank, the client-winner  received a 10-gram gold bullion, which took the 2nd place - 5-gram,  and gold-ingots weighing 1 gram were awarded to customers placed on  3-5 positions.

"This is another pleasant surprise that Anelik Bank gave to its  customers. In addition to providing plastic cards of international  payment systems at affordable prices, our customers were able to take  advantage of discounts, carrying out non-cash transactions, and as a  result of the action, 5 card-holders received valuable gifts, "said  Anelik Bank's Retail Banking Director Vardan Gevorgyan launched  action on June 21 this year, which lasted until October 15. As part  of the campaign, cardholders Maestro / Cirrus, MasterCard Standard,  MasterCard Gold, and Visa Gold Hotel Express had the opportunity to  win gold bullion.

To note,  Anelik Bank has been operating on the market since October  1996. After the additional share issue in November 2016, the  membership of the Bank's shareholders changed - the entry of the  Cypriot company FISTOCO LTD with a stake of 59.68% reduced the share  of the former shareholder represented by the Lebanese Bank CreditBank  S.A.L from 100% to 40.32%. Indirect majority shareholders are  physical persons: Tarek J. Khalefe (CreditBank S.A.L) and Vartan  Dilanyan (FISTOCO LTD).