Karen Karapetyan familiarized with the investment potential of Aragatsotn 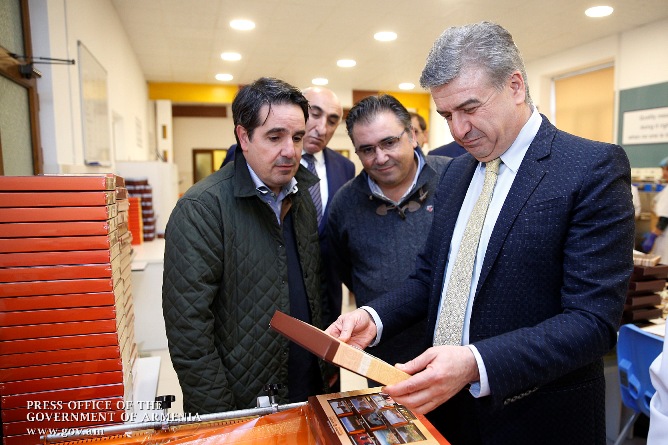 ArmInfo. Prime Minister of  Armenia Karen Karapetyan familiarized with the investment potential  of the Armenian Aragatsotn region during the trip.

As the press service of the Armenian government reports, the prime  minister visited a green house for the production of tomatoes and  cucumbers in the Voskevaz community, having familiarized himself with  the investment program for its expansion.

Karapetyan also visited the Voskevaz Wine Factory, having  familiarized himself with the progress of the investment program for  its reconstruction at a cost of $ 5-6 million. The plant's products  are already being sold in Russia, the USA, the Netherlands, the UK,  Latvia and Estonia in other countries. Then I got acquainted with the  work of the Oshakan Poultry Factory and the chocolate production  company "Gurme Durme".

The visit of the prime minister ended with a visit to the Karbi  community, where the prime minister got acquainted with the progress  in creating intensive apple orchards on the territory of 10 hectares  with the use of the most modern technologies. Next year, villagers  plan to break apricot and cherry orchards on the territory of 20  hectares. And the total investment program is estimated at $ 3  million.