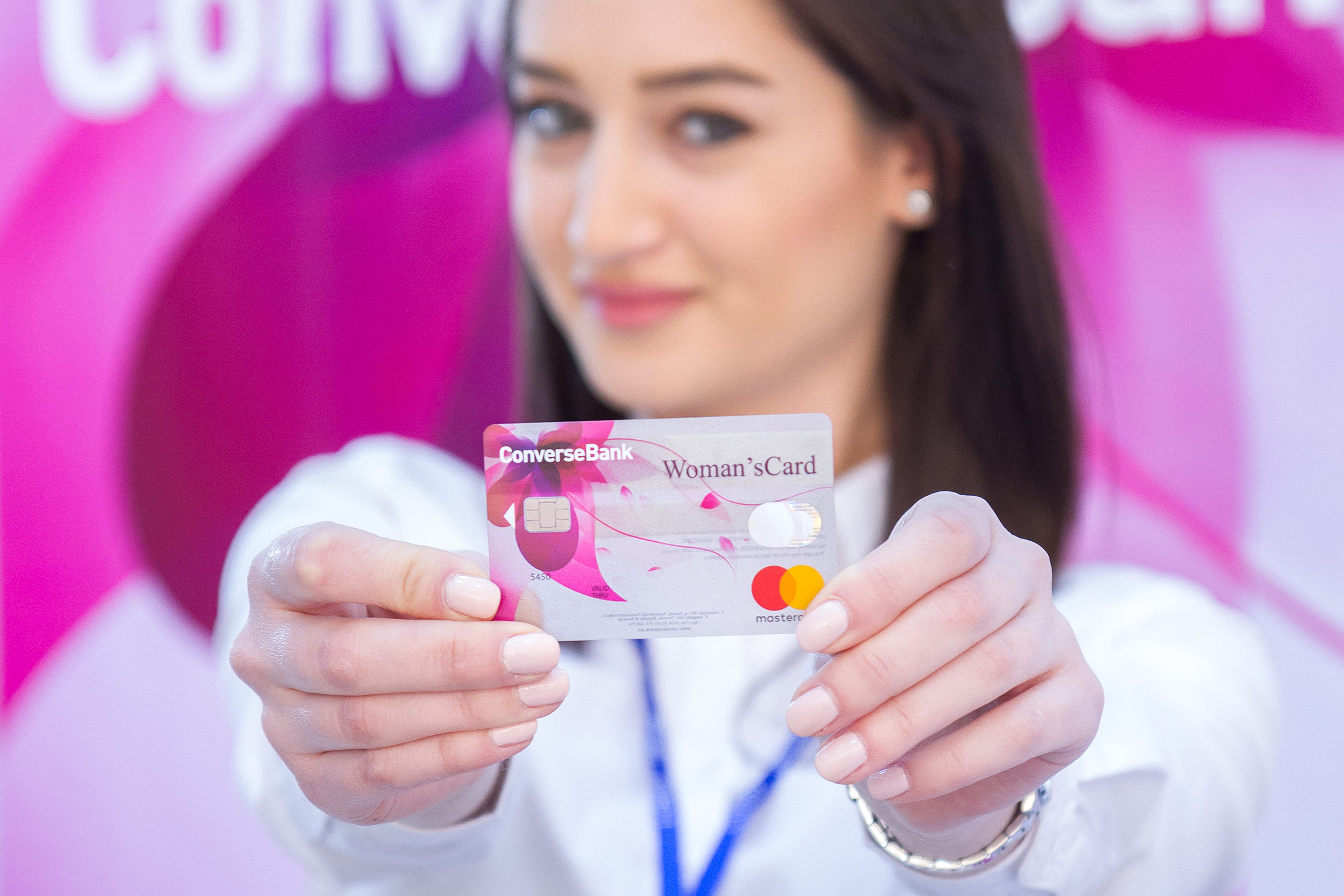 ArmInfo. The new design of the  Woman's Converse Bank card aroused great interest among the visitors  of the thematic exhibition "Lady EXPO", held on November 25- 27. This  was evidenced by high activity in the pavilion of the Bank at the  exhibition and a large number of applications for the receipt of the  plastic card Woman's. As the press service of the Bank told ArmInfo,  the applicants will receive cards in the coming days.

Converse Bank not only presented a new design of the Woman's card to  visitors of the thematic exhibition "Lady EXPO", but also made  several attractive offers. In particular, during these days, the  holders of the Woman's cards were offered the opportunity to receive  a credit limit of up to 500 thousand drams, as well as the loan  "Mobile" on preferential terms for the purchase of a car in the  primary market, etc.

According to the source, in the near future the holders of the  Woman's Converse Bank cards will be able to use discounted shares and  cash back.

Converse Bank has replenished the arsenal of plastic products with  the MasterCard Standard Woman's Card since March 2011. Later, from  June 2014 this card was enriched with new privileges - newly issued  and already acting fell under a number of shares: a credit line; free  travel insurance (including luggage insurance); CASCO insurance  policy with a discount; free internet banking.

According to the Analytical Survey "Armenian Banks in Card Business"  No. 16, prepared by NA ArmInfo, Converse Bank is included in the  TOP-5 both in terms of the total number of active cards, and in terms  of the number of Visa and MasterCard. By October 1, 2017, the bank  increased the total number of active cards by 35.1% - to 183.8  thousand units. In the total number of active cards of the bank, Visa  accounts for 28.2%, and MasterCard - for 12.5% (22.9 thousand units  with an annual growth of 44.4%). The volume of plastic transactions  Converse Bank increased over the 9 months of 2017 at 62% per annum to  239.1 billion AMD, taking the first position on this indicator. As of  October 1, 2017, the Bank has 104 ATMs and 753 own POS terminals,  with an annual growth of 3% and 31.6%, respectively. Converse Bank  issues and also serves Visa and MasterCard on a par with local ArCa  cards.

Converse Bank has been operating in the Armenian market since  September 1996. As of July 1, 2017, the Bank's shareholders are  Advanced Global Investments LLc (hand-Eduardo Ernekian) - 80.94%,  HayPost Trust Management B.V. - 14.06%, the Cathedral of the Mother  See of Etchmiadzin - 5%.