Seasonality, habit and changes in purchasing prices: SCPEC Chairman of Armenia called the rise in price of a number of products in the local market justified 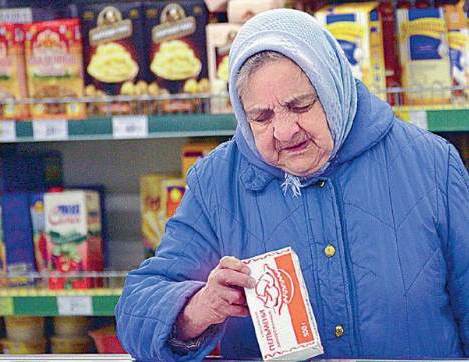 ArmInfo. Artak Shaboyan,  Chairman of the State Commission for the Protection of Economic  Competition (SCPEC), called the rise in price of a number of products  in the Armenian market justified. Artak Shaboyan stated this on  November 5, stressing that the monitoring conducted by the Commission  did not reveal any manifestations of unfair competition. "The market  of oil, eggs and gasoline is constantly in the center of attention of  the State Commission," he assured.

According to Shaboyan, oil prices have been rising periodically since  September last year. The rise in prices was 80% - from 2,480 AMD to  4,500 AMD. Nevertheless, as pointed out by the expert, the rise in  price is due to trends in the world market.

Since August this year, there has been an increase in prices in the  gasoline market. In September, gasoline went up by 20 AMD, then by  another 10 AMD, thereby fixing a 7-8% increase. The Commission  explains this phenomenon mainly by the increase in purchase prices  (large companies - Flash, CIPs Oil, Max Petrol gasoline buy from  Rosneft, editor's notes).

Meanwhile, the increase in the price of eggs, according to Artak  Shaboyan, is associated with seasonal demand. At the same time, he  does not agree that the prices for the goods have grown strongly. As  he pointed out, we are talking about a rise in price by 5-6 AMD, but  not more than that. "Traditionally, at the end of each year there is  an increase in seasonal demand for eggs, and at this time local  producers either increase production volumes or import products, but  this year the import has been somewhat delayed, but according to our  information, at the moment the products are imported, Therefore,  there is no cause for concern. "This problem will soon be resolved,"  he said.

Note that in recent months, prices for meat, dairy products, eggs and  gasoline have sharply increased in Armenia. As the plenipotentiary  structures of the country claim, the reason for the increase in the  prices for meat is exports, and for butter - fluctuations in the  world market of dairy products.

Note that according to the National Statistical Service, the average  price for 1 kg of beef in August in the capital of Armenia was about  2100 AMD, and mutton - about 2200 AMD. The increase in prices for  pork was more tangible - 2,600 AMD. Thus, if the price of beef  increased by about 200 drams, the rise in prices for pork amounted to  800 AMD. The price of 1 kg of Ankor oil last month was 4450 AMD,  today it costs 4510 AMD. The same cannot be said for "New Zealand"  oil, because instead of 4,490 drams for last month it now costs 4,430  AMD. So, oil <New Zealand> has fallen in price by 60 AMD. Eggs from  the 60 AMD mark reached the price of 90 AMD. Meanwhile, the Ministry  of Agriculture of Armenia informs that in the pre-New Year holidays  there is no shortage of eggs in the republic. Moreover, in the near  future, the previous prices for this product will be restored.