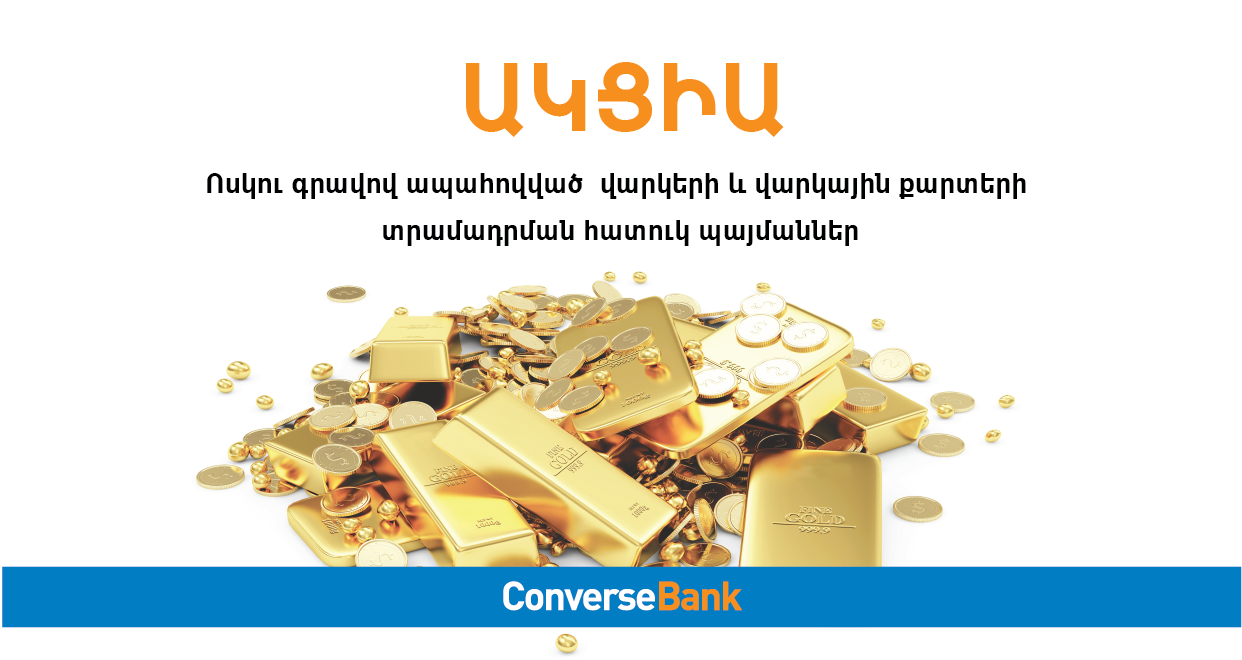 ArmInfo. Converse Bank reconsidered the terms of the shares for the Lombard loans secured by gold, acting simultaneously with the new offer. As press service of the Bank explained ArmInfo, the promotion is valid until January 31, 2018.

Under the new conditions of the action, customers are offered AMD loans secured by gold at an annual interest rate of 9% with a maturity of up to 3 months, or at a 10% interest rate with a maturity of 3-6 months. The bank offers loans to its customers for up to 120% of the estimated value of gold. The maximum loan amount is 7 million drams or the equivalent amount in foreign currency, the maturity period is up to 3 years. Within the framework of the campaign, no additional monthly service charges are charged.

"Taking into account the demand for loans secured by gold and the availability of this type of loan for a large number of people, Converse Bank extended the term of the relevant share, and revised the terms of lending by lowering the interest rate," the Converse Bank said shares Converse Bank offers its clients one of the most competitive conditions for lending against gold.

According to the Financial Rating of the Armenian Banks as of October 1, 2017, prepared by the ArmInfo News Agency, Converse Bank increased the volume of consumer loans by 40.4% year-on-year to 39.6 billion drams, of which lombard loans accounted for more than 13% or5.2 billion drams. In the total loan portfolio of the Bank, the share of consumer loans was 26.4%, and lombard loans - 3.5%. In the portfolio of the Bank's retail loans, which amounted to 66.1bln AMD at that date, the share of Lombard loans reaches 7.9%.

Converse Bank has been operating in the Armenian market since September 1996. As of October 1, 2017, the Bank's shareholders are Advanced Global Investments LLc (hands-Eduardo Ernekian) - 80.94%, HayPost Trust Management B.V. - 14.06%, the Cathedral of the Mother See of Etchmiadzin - 5%.