In the Ararat region, the third of the nine planned solar power plants was opened 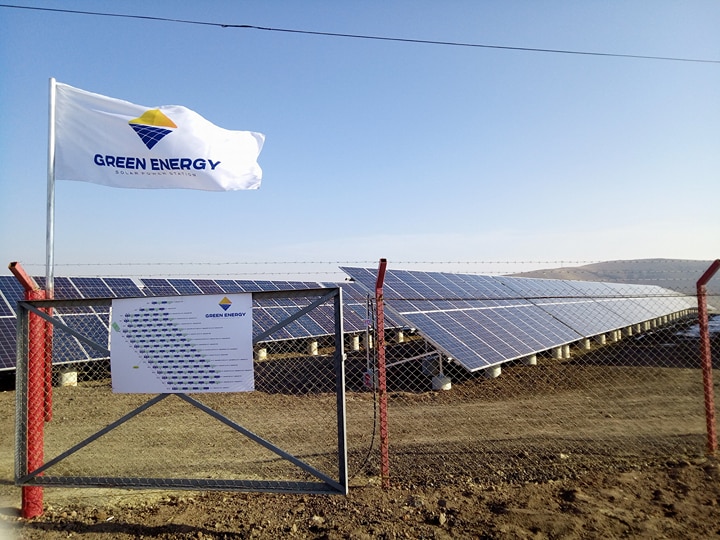 ArmInfo. In the village of Shenik, Ararat region, at a distance of 3 km from the border with Turkey, the third of the nine planned solar power plants was opened on December 13, which was achieved within the framework of cooperation between Shtigen, Bagramimyashin and co-financing of the ACBA Leasing. The total cost of the project is estimated at $ 850 thousand.

According to the founder of the solar station Green energy Vardan Vardanyan, construction work was started in August this year. The station's capacity is 1 MW, and the cost of generated electricity is estimated at 42.7 AMD per 1 kWh without VAT.

According to the founder and director of Shtigen company Hayk Shekyan, 3,24 photovoltaic panels (with a 25-year guarantee) and 37 inverters (with a 5-year warranty) installed at the station with an area of 1.6 hectares were installed from the world famous Austrian company Fronius. He stressed that the station generates and delivers energy to the national energy network.

Earlier, Armenia adopted the "Concept for Ensuring Armenia's Energy Security". According to it, by 2020 renewable sources will cover 20% of all consumed energy in Armenia, and by 2026 - all 50%. The government plans to reduce energy consumption by 38% and, accordingly, energy costs until 2020. In Armenia, all conditions have been created for the installation of solar power plants. Not only are licenses not required, but the entire process is exempt from taxes. All the conditions for investing in this sphere have been created.

One of these days the launch of the largest solar power station in Armenia in 1 MW in the city of Talin, Aragatsotn was held. The volume of investments invested in the project amounted to $ 1 million. The power plant covers an area of 1,800 square meters, and its nominal capacity reaches 1 MW, which is enough to provide electricity to 400 families. A month earlier, the first industrial power plant in Tsakhkadzor with a nominal capacity of 450 kW was put into operation in late September. In the process of construction of another 9 similar power generation stations. The Ministry of Energy plans to launch them in 2018.

According to the investment program approved by the government of the country, it is planned to build solar stations in Armenia at 6 sites with a total installed capacity of up to 110 MW. At the first stage, a site near the "Masrik" community was chosen, where a solar station with a capacity of 55 MW will be built.  The total cost of the program for the construction of solar power stations in Armenia is $ 129 million.