The Government of Armenia and KfW Bank signed two agreements - a grant for 5.3 million euros and a credit for 18.5 million euros 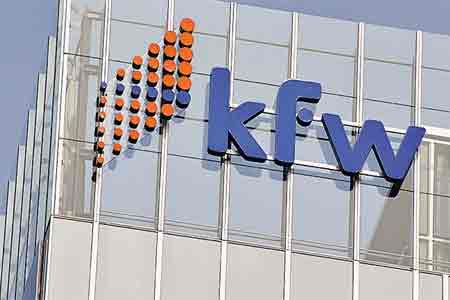 ArmInfo. The Government of Armenia and KfW Bank signed 2 agreements - a grant for 5.3 million euros and a credit for 18.5 million euros. The RA government press office reports that the signing of the agreements took place in the RA government during the meeting of the Prime Minister Karen Karapetyat with the delegation of the German KfW Bank headed by the regional director Olaf Zimelk.

Grant agreement for 5.3 million euro provides for the implementation of the program for the introduction of agricultural insurance in agriculture. According to the source, the funds will be allocated in 2 tranches: the first - 4.8 million euros will be directed solely to subsidizing the purchase of insurance policies within the framework of the agricultural insurance system, and the remaining 515 thousand euros will be used to cover the costs associated with consulting. The Armenian government, represented by the Ministry of

Agriculture, will co-finance the program in the amount of 5 million euros.  Within the framework of the signed second loan agreement for ? 18.5 million, the second phase of the "Management of combined water resources / Akhuryan River" will be implemented. During the second stage, reconstruction of the Kumayri irrigation water tunnel, the construction of a pipeline system is planned. As a result, an effective irrigation of the territory with a total area of 740 hectares will be ensured.  The Premier stressed that Armenia is interested in continuing and developing cooperation with KfW, noting that the signed agreement with the EU on a comprehensive and expanded partnership will also help strengthen ties. During the meeting K. Karapetyan suggested to consider the possibilities of expanding cooperation in the format of the state-private sector and the prospects for implementing investment programs in the private sector.

For his part, O. Zimelka noted that cooperation with Armenia is effective.