Ashot Tavadyan: The key goal for Armenia is to achieve a ratio of exports to GDP to 30% with the prevalence of the share of finished products 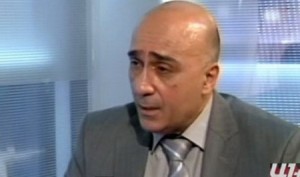 ArmInfo. At present, the key task for Armenia is to achieve a ratio of exports to GDP of 30%, with the prevalence of the share of finished products. This was announced at the conference "Three years of the EAEU: achievements and prospects" in the frame of the annual meeting of the Eurasian Expert Club, Ashot Tavadyan, Doctor of Economics, Professor, Head of the Center for Economic Studies, said that in 2017 exports will exceed 2 billion USD.

In fact, he stressed, Armenia has a significant growth in exports - about 17%. According to him, the priority task is to bring the ratio of exports of products to GDP to 30%, and in this direction, all the capabilities of the EAEU should be used to overcome the export figure of $ 3 billion.

He noted that in 2017 the GDP growth of the RA will be about 5%, which is much higher than the planned growth of 3.2%, in this case a significant growth is accounted for by exports, especially exports of finished goods. The growth of exports to Russia is advancing. "Its structure plays a key role in the growth of exports. The main prospect for the growth in exports of finished goods, which has a high percentage of added value, is Russia, while Armenia mainly exports raw materials to the European Union," he said.

The expert on this background noted that the level of exports to the EU has also grown, which is primarily due to a significant increase in prices for non-ferrous metals. "The export of non-ferrous metals, aluminum sheets, ferroalloys is the absolute majority of our exports to the EU." The copper price in 2016-2017 increased from 4,400 to 6,800 dollars per 1 ton, according to the EU experts on the GSP + system, Armenia saved $ 8.7 million US in 2016. In export to the same EAEU, taking into account preferential prices for energy resources, exporters saved about $ 60 million," he explained.

Tavadyan noted that the opponents of Armenia's accession to the EAEU mainly point out that the GDP of the republic in dollars decreased by 8%. And the public debt grew by 10%. "Firstly, according to the data of international organizations, GDP growth in Armenia was recorded in 2015-2016, and secondly, the calculation of GDP according to the change in the exchange rate of the national currency against the dollar does not hold water. "The GDP calculation associated with a change in the dollar rate is not correct and is not a result of the signing of an integration agreement," the expert said, adding that in Armenia, the slowdown in GDP growth in 2015 is primarily due to a decrease in the price of copper from $ 5,190 per ton to $ 4,400. The exchange rate of the Russian ruble against the dollar fell from 56 doubles to 77 rubles, he noted. Of course, Tavadyan stressed, if Armenia were not a member of the EAEU, then a 30% rise in the price of gas, customs duties, sanitary and hygienic restrictions, an even greater reduction in transfers would only aggravate the situation. As for the growth of external debt, firstly, it is within the limits determined by law, secondly, we received strictly targeted loans from Russia, two concessional loans of $ 300 million directly aimed at strengthening the defense capacity of our country. Armenia also received a special loan from Russia for 270 million and 30 million dollars as a grant to extend the life of the nuclear power plant," the expert concluded.

The conference is organized by the research and analytical public organization "Integration and Development" and the scientific and educational fund "Noravank".