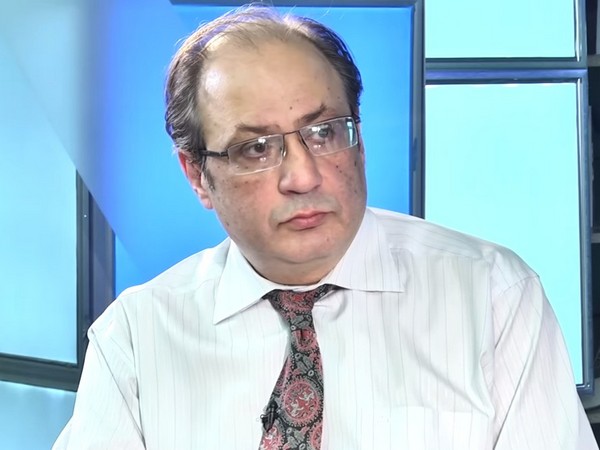 ArmInfo. Over the past almost 30 years, Armenia and the whole region are in a state of rupture between two major integration projects - conditionally integration along the West-East axis (or the "Western Project") and the North-South axis (the "Eurasian Project"). Such an opinion at the conferences "Three years of the Unified Energy System: achievements and prospects" within the framework of the annual meeting of the Eurasian Expert Club, the leading analyst of Noravank, the national expert of the UN on energy Ara Marjanyan expressed.

According to him, it is within the framework of the "Western Project" that the energy transport blockade of Armenia is being implemented. "It is not just about laying the Baku-Tbilisi-Ceyhan oil pipeline or the railway blockade of Armenia, but also what little is known about, and even less about cutting off Armenia from the development of the regional high-voltage power line network (Borchka-Ahlha line), achieved in 2004-2007 within the framework of the Organization of the Black Sea Economic Cooperation, at the initiative of Turkey and with the support of the United States and the EU. Or isolating Armenia from the development of backbone optic-logical networks of broadband networks and the Internet in the region, in the late 90s and early 2000s," the expert explained.

Concerning Armenia's integration preferences, the expert cites the opinion polls of the Helsinki Conference and Norway (Vanadzor office). "So, according to the results of the survey, third of respondents (33%) considered the desired participation of Armenia in the European Union, and another third (32%) - in the Eurasian. 12% considered the desirable participation in both of these unions, and 10% - in none of them. In August 2016, 41% of the respondents considered the participation of Armenia in the European Union, and only 25% in the Eurasian Union. No country in the world has caused such a serious damage to the positive attitude towards the Eurasian integration process and Russia, than Russia itself. The situation here was stabilized only by extraordinary measures: deliveries of Iskander, the creation of a single field of air defense and missile defense, the formation of a unified army, the consistent implementation of measures to extend the life of the Armenian nuclear power plant to 2026-2027," he said.

Concerning the agreement on comprehensive and expanded partnership between Armenia and the EU, the expert, in particular, focused on the energy component of it. Article 42 of the second chapter of the agreement states in part: "In the civil nuclear sector, in particular, to pay special attention to the high level of nuclear safety, based on IAEA standards and European Union standards and practices, and on the basis of international guidelines and practices on nuclear safety, cooperation in this area should include, inter alia: the closure and safe decommissioning of Metsamor NPP and the early adoption of a "road map" or plan for this purpose, taking into account the need for substitution nuclear power plants of new capacity, providing energy security of the Republic of Armenia and conditions for its sustainable development".

According to the expert, this formulation contains both positive and dangerous points. The positive moment is the 2nd block of Metsamor NPP. "The tasks are important and included in the list of priorities of the Armenian government," Marjanyan said. "Second, the recognized fact" of the specifics of "Armenia, in the formulation that leaves freedom in interpreting this very specifics", as well as "emotional security", the countries deprived of their own hydrocarbon resources and dependent on the supply of primary energy carriers," he said.

As the third argument of the expert, he cited the fact that he recognized the need for a substitute Metsamor NPP capable of ensuring energy security and sustainable development of the republic. Here it is necessary to emphasize that Metsamor NPP is first of all "guaranteed generating capacity"(GGM) and only then - a source of energy. It is the deficit of GGM - the main problem of the Armenian energy. It is the GGM that is the basis for energy security and the key to its development in the long term (solar, wind energy, small hydropower plants, and can not serve as substitute power for nuclear power plants.) For Armenia, these are either a new nuclear unit (and this, by the way, is the second principle of a state energy strategy developed by the government and approved by the President of Armenia in 2015.) Either large hydropower stations with reservoirs of long-term regulation, and nothing more," Marjanyan said.

The concealed dangers of the text of the agreement, in his opinion, should be attributed to the fact that the above formulation actually erodes the sole responsibility of the IAEA, the only professional international organization that has been dealing with the Armenian nuclear power plant for decades. "Today, after the signing of the agreement, in the issue of the Armenian NPP, and, consequently, in the matter of choosing the technology of the new nuclear power plant unit, Euratom and its 28 members joined the IAEA. The situation here alarmingly resembles attempts to blur the single mandate of the Minsk Group for the settlement of the confrontation in Artsakh, or attempts by the US and Israel to dilute the mandate of the same IAEA to monitor the implementation of the agreement on Iran's nuclear program," the expert said.

Summing up, according to Marjanyan, it turns out that Prague (sells weapons to Azerbaijan and calling for lifting the EU's restrictions on the sale of lethal weapons to this country), Warsaw (with its military- strategic cooperation with Turkey within NATO, including missile defense and nuclear weapons), or Budapest - with its close relations with Azerbaijan, as well as Vilnius, Riga or Tallinn, can effectively and, most importantly, legally, block the use of any Russian nuclear technology in the construction of a new unit of the Armenian NPP. Including the technology of WWER-type reactors familiar to Armenian specialists, which for today, and in the foreseeable future - are the most reliable, effective, and most importantly competitive in nuclear energy.

"In the final analysis, all this means that a mechanism has been created that could potentially deprive Armenia of nuclear energy." Moreover, a mechanism has been created that can cut Armenia off from Russia in the most significant, technological, long-term and science-intensive segment of cooperation," he concluded, saying that the wording of article 42 of the agreement has some freedom of interpretation.