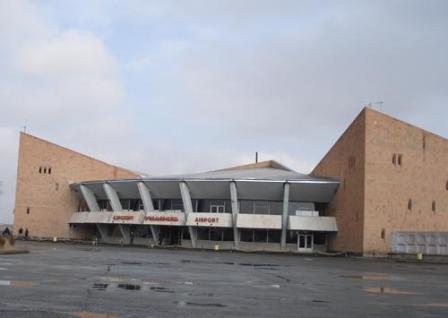 ArmInfo. Passenger traffic  through the Gyumri airport "Shirak" in 2018 may increase for times.  Answering the question of ArmInfo, during the press conference on  December 26, the head of the General Department of Civil Aviation  Sergey Avetisyan said. In this regard, he stressed that as of  December 25 2017, the number of passengers of the airport "Shirak"  exceeded 100 thousand people, whereas in 2016 the dynamics of flights  was insignificant.

The Head of the State Archives Administration informed that within  the framework of the concluded agreement for 840 million AMD with  contractor companies construction works are being implemented. In  particular, the glass of the building of the passenger terminal has  been replaced, a heating system has been installed, parking lots for  fire trucks are ready, etc. According to S.  Avetisyan, the work is  planned to be completed in the first quarter of the coming year.

The airport "Shirak" is part of the structure of "International  Airports of Armenia" CJSC, established by the well-known Argentine  businessman of Armenian origin Eduardo Eurnekian. It was handed over  in 2004 to the concession management of the main international  airport "Zvartnots". Airport "Shirak" was built in 1961 and is an  international airport that serves the second largest city in Armenia  - the city of Gyumri (formerly Leninakan) of the Shirak region. In  February 2017, it was announced that the company that manages Shirak,  intending to improve the airport infrastructure, intends to implement  an investment project worth $ 10 million.