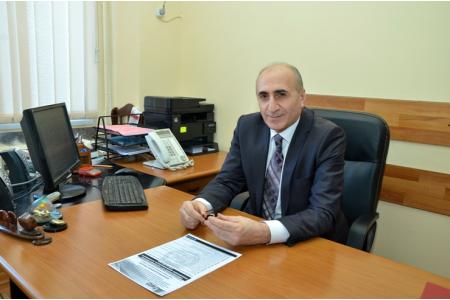 ArmInfo. The final figure of GDP growth by the results of 2017 will be in the range of 5.8-6.2%, head of the Center for Innovative and Institutional Research at the YSU Atom Margaryan told ArmInfo.

For today, based on the economic activity indicators in January-November of this year at 7.3% recorded by the National Statistical Service of Armenia, the economist considers it quite realistic to achieve the final indicator of economic growth at the level of 6%. According to the expert, this is exactly the figure of GDP growth, which can positively affect the quality of life of the population of Armenia. At the same time, as Margaryan pointed out, the main task for today is the problem of inclusiveness of growth, including - how correctly the result of the created additional value will be distributed.

As for the forecasts for the next year and the possibility of revising the budgeted indicator in 4.5% of GDP growth, according to the economist, it is too early to give any estimates at this stage. "It is possible to return to a possible revision of the indicator on economic activity only on the basis of the results of the first quarter, drawing conclusions not only on the basis of a positive economic trend in the Armenian economy, but also on the basis of an analysis of the world economy, mainly Russian," concluded the head of the Center for Innovative and institutional research at YSU.

Earlier, Armenian President Serzh Sargsyan said at a meeting with representatives of the business community that Armenia might close the year 2017 with GDP growth at the level of 6%. On December 21, answering the question of ArmInfo, the Minister of Finance of Armenia Vardan Aramyan stated that economic growth by the end of the year promises to be higher than the planned in the Budget-2017 indicator of 3.2% - in the range of 5.5-6%. "Perhaps even the indicator will be exceeded," Vardan Aramyan said. Meanwhile, Deputy Minister of Economic Development and Investments of the Republic of Armenia Tigran Khachatryan told ArmInfo on December 21 that Armenia will close 7% or more with the economic activity indicator in 2017.

According to operational statistics for January-November 2017, the index of economic activity of Armenia increased by 7.3%.

The Budget-2017 predicts GDP growth at the level of 3.2%. Nevertheless, by the third quarter, the Armenian Ministry of Finance, based on the analysis of the Central Bank of Armenia, exceeded its expectations to 4.5%.