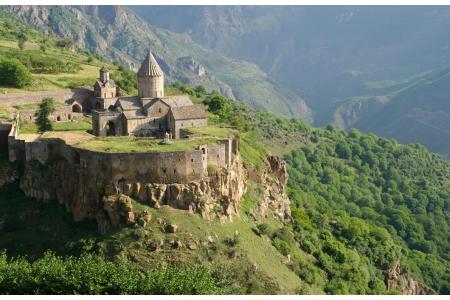 ArmInfo. As a result of the  activities of 2017, the multi-profile group of companies "Tashir"  Russian  owned by a billionaire of Armenian origin Samvel Karapetyan  retained positive dynamics in all key business indicators. The  aggregate revenue of the Group, which owns and manages assets in  various sectors of the economy (construction, development,  industrial, retail, energy and financial sectors, medicine and  others) in Russia and abroad amounted to 164 billion RR.

In the sphere of development, in 2017 <Tashir> retained the leading  position in the list of leaders in the number of commercial  properties under its  management at the territory of Russia. At the  end of this year, 51 commercial real estate assets, including 31  commercial properties, are under  the Group's assets.

One of the key events of 2017 was the expansion  of the federal  network of shopping and entertainment centers "RIO" to the Armenian  market. The group of companies "Tashir" fully implemented the entire  cycle of works on the design, construction and brokerage of a new  shopping center in Yerevan with a total area of 24 thousand square  meters. The total volume of the Group's investments in this project  amounted to $ 40 million. A number of Moscow retail facilities are  under active construction. The works on the construction of a  multifunctional complex (IFC) on Krasnopresnenskaya embankment (total  area of 93,700 sq m) and the IFC on Aminevskoye Highway (total area  125,000 sq. M) are continuing. In 2017, the Tashir shopping  facilities were again recognized as winners of various professional  awards.

Thus, the Moscow shopping center Avenue South-West became the best  operating shopping and entertainment center in 2017 in the category  "medium" according to the version of the award of the Russian Council  of Shopping Centers (RCSC Awards 2017).

Throughout 2017, the Group implemented a number of landmark projects  in the energy sector. According to the results of the year, the net  profit of the company "Electric Networks of Armenia" (part of the  group of companies "Tashir") was $ 15.5 million. The indicators of  electricity losses in networks from 9.7% to 8.8% were improved, which  is close to that of European countries. In November 2017, in Yerevan,  Tashir announced an investment program in the energy sector of the  Republic of Armenia. The program includes two areas: an investment of  $ 900 million to modernize the current electric power infrastructure  and the introduction of an automatic system for the commercial  accounting of electricity, as well as the construction of a  hydroelectric power plant on the territory of the country (Shnokh  HPP).

In 2017, its 25th anniversary was marked by the joint-stock  commercial bank "Fora Bank", which, during its activity, entered the  list of the largest banks in Russia in the field of financial  services and confirmed the status of a reliable business partner that  has maintained a stable positive trend for many years. The Bank  expanded the geography of its presence and opened 14 new branches. At  the end of the year 104 Fora Bank branches operate in 18 regions of  the Russian Federation.

In 2017, Tashir continued to develop its own retail projects. The  group launched a new shoe brand One Way. At the end of 2017, six  stores were opened in Moscow and Yerevan, the group plans to expand  the network to ten retail outlets the following year. The network of  department stores Take Away has expanded - one of the flagship retail  projects of the Group. The project is presented in four metropolitan  shopping centers, with an aggregate area of about 20,000 square  meters. The network of goods for the house Goood's House opened a new  store in the shopping and entertainment center "RIO" in Yerevan. At  the moment the network includes eight stores in Moscow, Kaluga and  Yerevan.