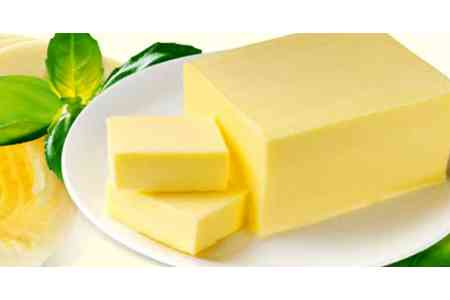 ArmInfo. Chairman of the State  Commission for Protection of Economic Competition (SCPEC) Artak  Shaboyan predicts a decline in prices for butter in the coming  months. Artak Shaboyan stated on January 16 at a meeting with  journalists.

Shaboyan reminded that the prices for butter began to grow since  September 2016, which, he said, was mainly due to the situation on  the international market. As the expert pointed out, the bulk of this  product is imported into Armenia by the largest New Zealand dairy  company Fonterra. "Monitoring of world prices has shown that the  prices for New Zealand oil have grown since May 2016, which affected  the local market after 4 months - since September .The highest price  for the sale of Fonterra oil in 2016-2017 was established in July  2017 - $ 6 thousand for 1 ton, as a result, in the retail market, the  price per 1 kg of oil was 4520 drams per 1 kg of oil, "the SCPEC  chairman said.

Nevertheless, today the international market has seen a decline in  oil prices, which, according to the head of the State Commission,  will eventually affect the local market within 2 to 3 months. At the  same time, Shaboyan said that structural changes are taking place in  the oil market: if earlier, Alex Holding held the largest importer in  the sphere, about 80% in the market structure, but now its share has  significantly decreased to 55%. The remaining 40% of the market is  shared by 28 companies, most of which import oil from the EAEU  countries.