Ministry of Finance: Armenia`s economic growth in 2017 will be 6.7% 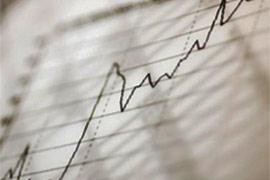 ArmInfo. According to estimates of Ministry of Finance of Armenia, the economic growth in 2018 will be 6.7% in 2017, against the previously predicted 4.3% and 3.2% set in the "Budget-2017". Growth in many respects is caused by developments in the sphere of services, construction, and also with the growth of tax revenues. The deflator will be 1.5%, and GDP per capita - about $ 3,799.8. Armenian Finance Minister Vardan Aramyan reported this to Prime Minister Karen Karapetyan. On January 19, the prime minister visited the financial department to familiarize with the results of implementation of the priority tasks and implementation of activities in 2017, as well as tasks for 2018.

As the press service of the government reports, Vardan Aramyan noted that in 2017, the goals in the context of fiscal policy in terms of slowing the growth of public debt, ensuring macroeconomic stability and creating a base for high economic growth in 2018, basically achieved. As part of a policy aimed at raising public welfare, the Ministry of Finance pursued a policy of improving the macro environment - fiscal policy, and microenvironments, by improving the efficiency of public finance management. In 2017, emphasis was placed on capital expenditures and a conservative approach was made with respect to running costs. In the line of state finance management over the past year, the Armenian Ministry of Finance implemented 2 groups of actions aimed at improving the discipline of the sphere in terms of simplifying processes and expanding information systems. In 2018, work in this direction will continue. As the minister noted, the role of electronic systems in conducting public procurement has been significantly expanded, thanks to which the number of beneficiaries of the system has almost tripled. Great work has also been done in the direction of raising public awareness, significant work has been done in terms of replenishing the staff of the Ministry of Finance with qualified personnel.

As noted by representatives of the Ministry of Finance, the growth in exports in the annual terms for the past year will be 23.5%, imports will grow by about 28%. Transfers to the republic increased by 13.4%, current account deficit at the level of about 4% of GDP.

The head of the Armenian government, summing up the discussion, instructed the Ministry of Finance to take an extremely tough approach with regard to spending planning for 2018.