Spanish company "Acciona" is interested in investment opportunities in Armenia 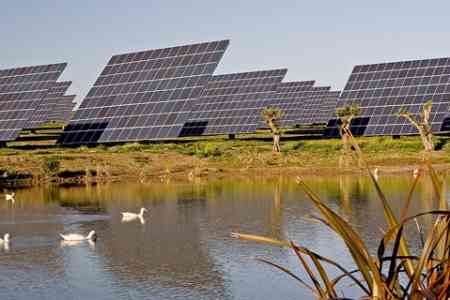 ArmInfo. Representatives of the Spanish company "Acciona" expressed satisfaction with the favorable investment environment created in the field of renewable energy in Armenia and noted that they are planning to visit the country in the foreseeable future to familiarize themselves with other investment opportunities on the spot.

This was announced during the meeting of RA Prime Minister Karen Karapetyan with the president and CEO of the company "Akcionia" Jose Manuel Entrekanales and the chief executive officer of "ACCIONA Energy" Raphael Mateo Alkala on January 24.

According to the press service of the Armenian government, the Prime Minister noted that the Armenian side is interested in the expansion of the programs launched by the company in Armenia and covered not only renewable energy, but also the sphere of water resources management, in which serious reforms began. According to the source, during the meeting the parties discussed the possibilities of cooperation in the fields of wind power and water resources management.

The company, which operates in more than 40 countries of the world, is one of the largest Spanish business companies, occupying leading positions in the fields of infrastructure development, renewable energy, water resources management and services. The company is implementing programs aimed at the development of alternative energy in the Gegharkunik region of Armenia.